The News is Good - and the Cats are Bad 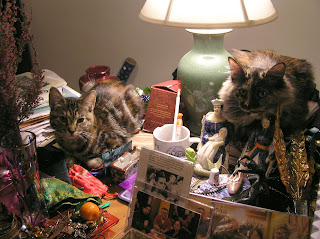 Pindar, Martial, and Other Knickknacks

News first: I'm going to England this summer, to speak at the New Directions in Austen Studies conference to be held at Chawton House Library in England this July, to celebrate the 200th anniversary of Jane Austen coming to Chawton! Imagine that! Here is the conference announcement:

Starry names in the field - Deirdre LeFaye, Juliet McMaster, Claudia Johnson, Janet Todd, Isobel Grundy...in that lineup I will certainly be like Fanny Price, the lowliest and last, but only think, I will be there! 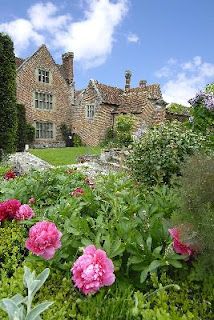 Such unlooked-for delight - after all the economic insecurity and layoffs of recent weeks, we've been told that our department is safe, and I felt able to venture upon the conference. I expect to be in England from around July 5 - 15, not wanting to be away from family and Cats longer, and will spend some time in Cambridge and Oxford visiting friends. Like Emma, I am in dancing, singing, exclaiming spirits! 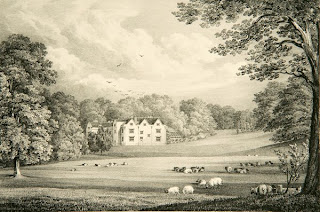 
Now, back to the cats. Since we believe they were born around the beginning of August, we now estimate them to be carolling and squee-ing (their characteristic sound) in celebration of their momentous six month birthday. Little darlings! Their breakages grow but so does their beauty, and the three humans fall more catastrophically in love with their feline familiars by the week. Here is a new picture gallery of the naughtiest angels on Montana Avenue. 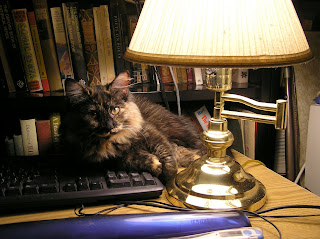 Martial and the Lamp 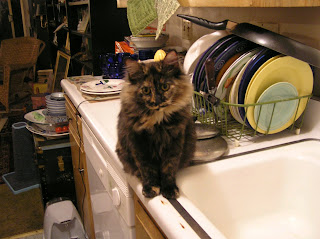 Martial in the Kitchen, her Most Beloved Milieu (near the Food, don'tcha know) 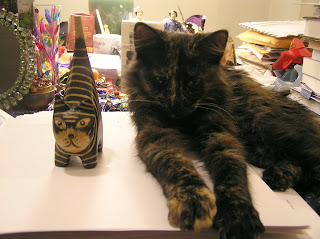 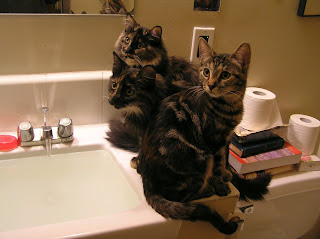 Girls in the bathroom. Don't they have expressive faces? said their doting mamma 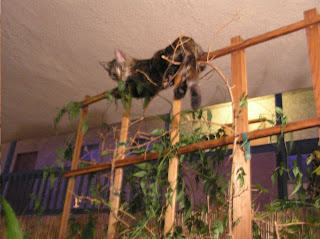 Oh, what truly wonderful pictures. Love the 'girls in the bathroom' and the Mexican Statue.

What lovely cats! Congratulations again on the conference.

Congrats Diana on your adventure to England. I am of course pea green, and hoping you have a wonderful time. Can't wait to hear all about it.