Reunion of the Beatniks...45 Years Later 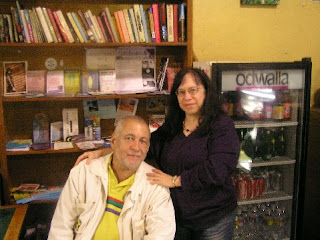 Patrick and me at the Novel Cafe...after 45 years

1962, New York City. I am a sophomore at the High School of Music and Art, a beatnik in training. My best friend, Dianne, is a little older, and a street smart girl from an even more dysfunctional home than mine. We "bop" around Greenwich Village together, and the infinitely more knowing Dianne instructs innocent me about guys. 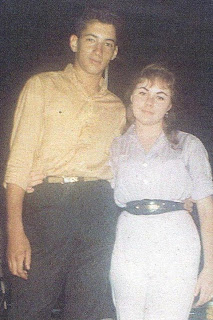 Patrick and Dianne at the Start of Forever 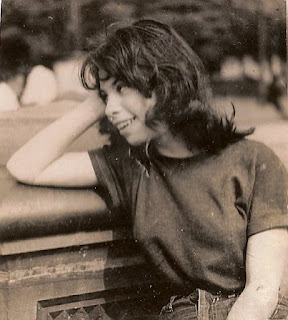 Me in Washington Square Park, 1962

For a year and a half she was in love, literally joined at the hip, with Patrick, a Jamaican boy who wanted to become an architect. Their passionate romance lasted a year and a half (a long time, at that age), and broke up badly. I was the tag-along, the third wheel, but Patrick, a natural gentleman, was always very kind to me. Wanting to show my wit, and get some attention, I wrote a nasty poem about this kind boy (every word is still seared into my memory and worlds would not compel me to repeat them), and I could see from his face how hurt he was. "I always thought you liked me," he said. I wanted to say, "Of course I do! I was only being funny!" but at that age I still did not know how to say what I thought and felt. I was silent, and he turned away. 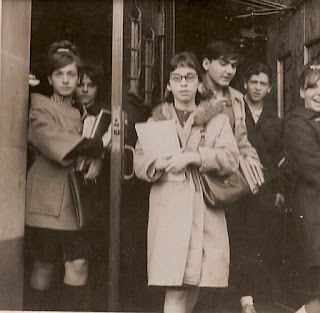 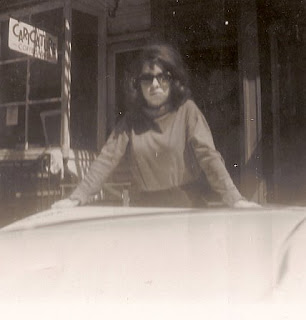 
After Pat and Dianne broke up, we went wild in the Village, but I soon stopped following her, for her path led to drugs and scary things in the night. Senseless as I was at that age and with that upbringing, I didn't want to ride the train that was taking her away. Not that my path was, perhaps, the wisest or easiest one. The year I was seventeen, the following happened: I got pregnant, got married, graduated from high school, gave birth to my son Paul, and started college. Dianne came to visit me once, soon after Paul was born. I showed him off, gave him a bath while she watched. She looked quizzical, silently observing, but finally commented, in shocked surprise, "You like him!" "Well, yes," I said, still inarticulate, "he's a nice little baby." 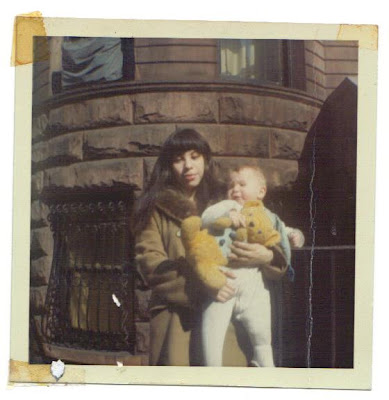 Two months later, she was pregnant herself, married (for a few weeks), and the last I heard of her, her mother called to say she'd had a baby she called Dianne like herself, and it was healthy, no trace of drugs. I said I'd visit her, but she lived in Canarsie, and I never did. Sometimes I thought about her and wondered if she'd made something of her life (we were both art students at Music & Art, and she was talented), but I never tried to contact her, and after awhile didn't know where she could be found. I always had a feeling that the news would not be good.

Patrick also lingered in my mind, and I felt that I would like to write him an apology some day. When Google first appeared, I looked for him, without result; but last year, I finally did find him. He'd gone back to Jamaica, where he was indeed an architect. So I wrote him a letter of apology, and received a very beautiful letter back. He was so glad to hear from me. And he didn't remember the poem at all!

He had never searched for Dianne either, despite the intensity of their romance, but now I used my Google skills and found her daughter, who was, of course, almost Paul's age. I called her up: she was a pleasant businesswoman, married, with two children. But we were too late in making contact with Dianne, who died two years ago, following knee replacement surgery. What kind of life had she led? Not so terrible as we might have imagined. Worked odd jobs, had a couple of serious relationships, and was a devoted grandmother. Her own mother was still alive. Nothing too scary. Pat and I were both sad, and wished we'd looked earlier. Perhaps we'd been too busy becoming respectable. But that was what we needed to do.

Yet today, we had our own reunion! Pat, en route from Jamaica to Australia for a conference, stopped for five hours in Los Angeles. I picked him up at the airport, took him to my home (in pouring rain), and he met Peter, Paul and the cats, and saw our books. It was like the world he had left behind, in New York, he commented. And the visit was like sailing at night, which he used to do, and pulling into another port, another world, for a few hours. We went out to a Vietnamese restaurant and stopped at the Novel Cafe for coffee, before I took him back to the airport. It was a lovely, warm meeting. We recognized each other instantly even though we hadn't seen each other since age 16 and 17, forty-odd years ago. He's still handsome, with the wry twinkle in his eye and the gentle smile. Somebody who is very comfortable in the world and in his own skin. Talented, thoughtful, sane. The only thing that took me by surprise was that he speaks now in a Jamaican accent, when he spoke pure New York back in the day! One of the warm and wonderful experiences in life's treasure chest.

To conclude in times present, how could I have forgotten a picture of a cat? 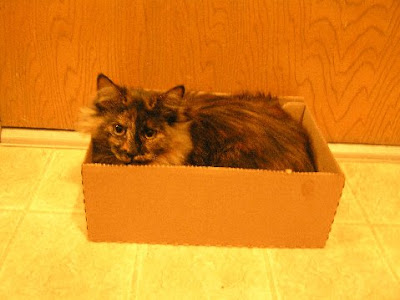 Martial in a Box
Posted by Diana Birchall at 2:36 AM

What a delightful tale, Diana. Lovely pictures of everyone too. So glad you managed to contact Patrick and even manage a reunion. Happy day! I knew a cat would creep in at some point before the end. Thank you. Barbara

Very moving story, Diana. While one of the pictures looks like you still (sitting on the bench and from the side), the other with Paul as a baby does not. You are lucky to have these photos. I used to have bunches of me as a young child, into adolesence and older teenagehood, but I left them behind in an album when I left my first husband and he destroyed that album.

It's cheering that you still live in a version of the same world. It means it was not quite as dangerous
as we like to remember we were. One can have a little fun and not compromise all that makes life worthwhile and still survive.

Also that the Net provided this re-seeing of one another. Others have told me of sudden reunions that even changed their lives as a result of finding people again on the Net years later.

Nearly half a century. The kitten is how many months old?

Diana - I found this a very moving story and so pleased you have the reunion after all those years. thanks for sharing as they say!

Diana - I found this story very moving too, having found old contacts of my own too thru google and freinds reuntied site- a site for Uk schools and colleges.

Old college friends who its lovely to reconnect with and find a suprise as to what kind of life they now have.

yours is an amazing story! I have gone all goosebumpy now after it! I feel so sad that your freind died before you could both contact her, but thats life isnt it?

What a bittersweet story, but how lovely that you have re-found a friend.

Diana - I leep coming back and re reading this tory and find it so sad... its really moved me. Over the last two weeks or so I found 2 old college freinds. I was amazed at what they are doing now. I'm not sure if delving into the past is a good thing or bad?