Cabin from Another Angle 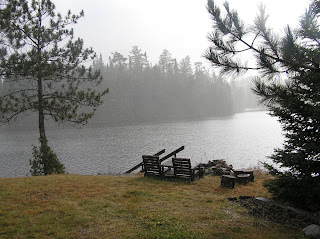 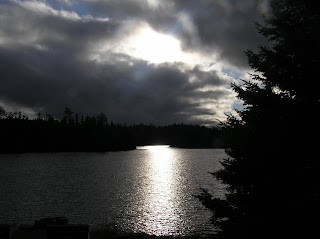 Woke up this morning to see snow flurries! So excited, but we didn't get a winter scene - even though the day is cold (35F), the snow stopped and the sun gleamed out, majestically lighting up the silver clouds over the silver lake. By afternoon the clouds had cleared and the sun was golden. Now, I've always wanted to walk around the lake a bit, but couldn't - the "first growth" Canadian forest is so thick, and there's a marsh you simply cannot cross. But last night I had a nice Skype with Claire, and she'd told me how to get around the marsh so I could walk on the other side. Not exactly easy, but I was prepared with my hiking boots, down jacket and gloves. From the road, there's a vague path into the bush. You then clamber up to high ground, which is by no means easy as it's a perfect thicket, with sticks poking you everywhere like it's the Blair Witch Project. You cross the marshy part, higher up, by jumping from one thick puffy moss blanket to the next, hoping you won't be swallowed up by them completely. 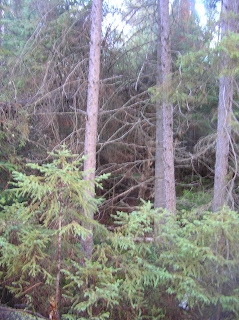 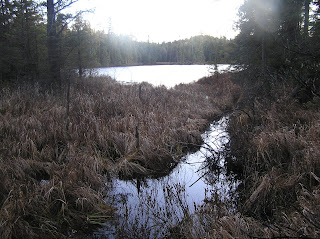 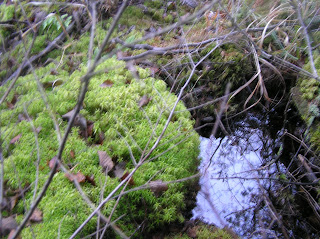 
Then I was across the stream, and pushing my way through the bush, came out to where I could see the lake, the house, and the dock - only now all from the other side! By the edge of the lake the ground was fairly flat and I was able to push my way forward for a couple of hundred more yards. The sun shone golden on the house, marsh and water, and it was a magical moment. 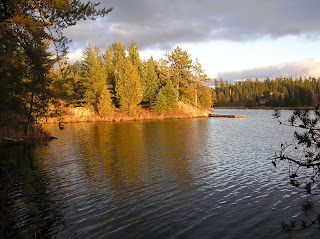 View from the other side 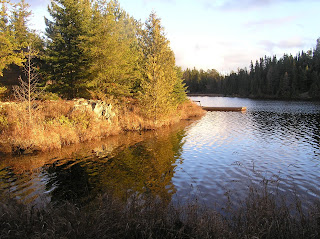 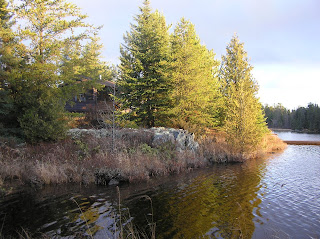 Cabin seen from the other side


I clambered and struggled and poked and sodded my way back through moss, brush and forest, and got back to the cabin just as an especially pretty purple sunset was blooming. Photographed it generously, and then came into the cabin, lit the lamps, got myself a cup of tea and a Canadian version of a Mallomar, and settled down to write this, what we may grandiloquently term a Photo Essay. Frozen lasagne tonight, yum. 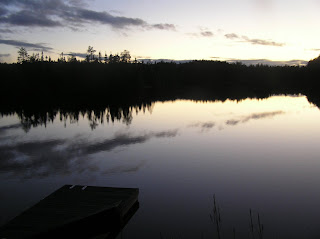 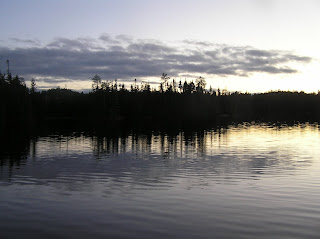 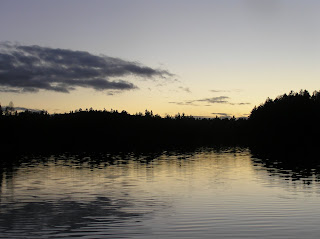 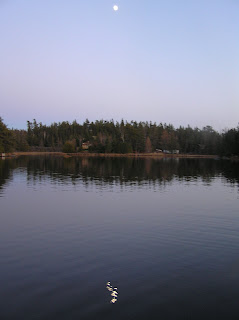 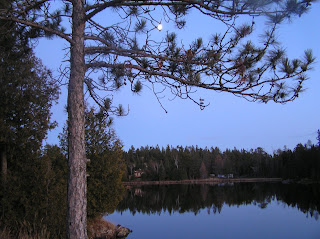 Posted by Diana Birchall at 3:49 PM