A Little Bit of Snow 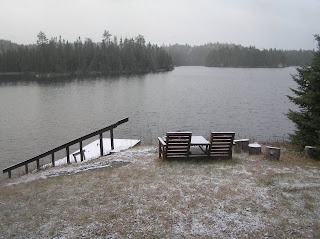 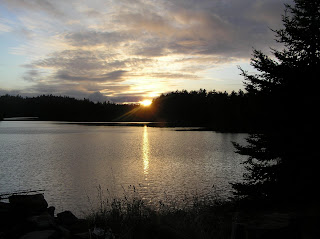 It looks as though I won't be able to end my Temagami stay with a nice set of snow photos to contrast with the earlier ones, but we did get a little tickle of snow this morning. The "Two Chairs" by the lake and the boat dock had a rime of snow on them when I woke up, and through the morning there were snow flurries. Some were quite fat, and we thought the snow day was coming, but no: in the afternoon the clouds parted, blue sky appeared, and the weather report said the show was over.

I took a walk down the dirt road to the highway though, diligently photographing what fragile fragments of snow remained, and I liked the criss-cross effect on the trees, like lacy Cold Cross Buns: 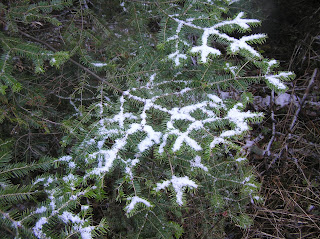 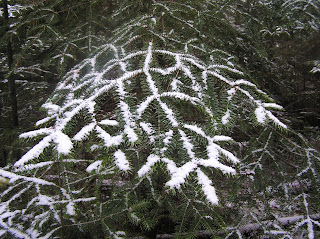 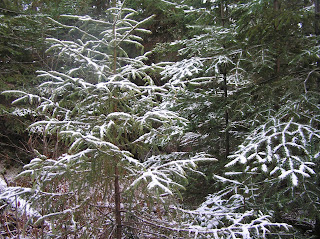 And then there was the usual (yawn) gorgeous sunset. Indoors we didn't do much except fuss at what to do about Peter's short-acting insulin pens, which are defective, and fail on yet another day to start My Definitive Final Swan Song Novel. I read a pair of delicious Girls Own books, though - Rumer Godden's Song of the Nightingale, about a poor girl dancer, and Mrs. Molesworth's The Girl in the Black Dress. Tonight it's lasagne redux, which is no sad thing, when the frozen cook-from-scratch lasagne is as good as they make it here in Canada! 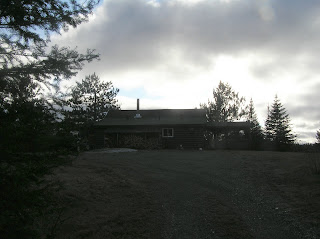 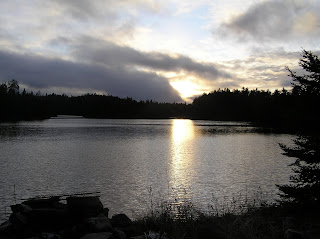 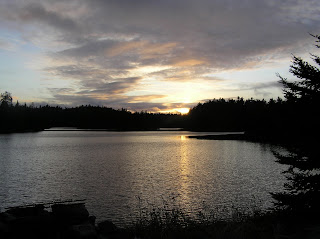 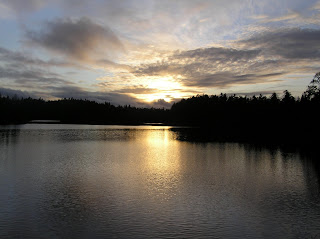 Posted by Diana Birchall at 3:52 PM

What extraordinarily beautiful photographs, Diana. The cabin setting looks as if it was truly paradise. it must have done the souls of both you and peter good to spend time there.
I'll be back to take a longer read through your blog during the week.
(Pip sends you a hug and a purr!)