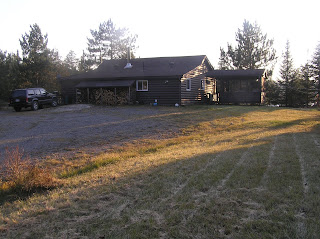 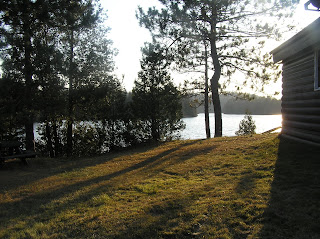 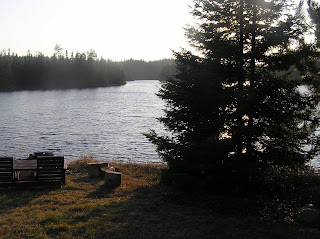 After a two-day odyssey or hegira (it takes so long to get here the trip requires a fancy word!) I've reached Temagami, Peter, the lake, and the cat, and Richard picked me up at the station in his Jeep. All wonderful! Very tired, though. The flight to Toronto was smooth but I was tense because of disliking flying. I hadn't had much sleep, getting up at 4:30 AM to get to the airport, and then after the flight I had to get from the Toronto airport to Tim and Mary's on the subway with my suitcases. Cousin Jim cooked a wonderful dinner (salmon, risotto, chocolate chip cookies) and I slept well there, but had to get up very early again for the 8:40 AM train. They most kindly drove me to Union Station, but it was a long train ride, 7 hours. Hardly anybody else on the train, so I had a big window seat, and dozed and read Catherine Parr Traill's account of early Canadian bush history, and gazed out the window at a zillion trees and lakes. Arrived here around four, and am now just settling in. It's very overcast, dark's setting in early, and it's in the 30s. We're taking Richard and his sister out for a Chinese dinner (the only restaurant in town) tonight.

I am back in Temagami, and so glad to be here for Peter's last ten days here. It's still definitely autumn here, not yet winter, though most of the color is gone from the trees, and all the flowers that were surviving in the garden are now over. It was cold last night, but today it warmed up amazingly, got into the low 60s F, with bright metallic gold sunshine on the lake. It's supposed to be the same tomorrow, but be cold and rainy by the weekend. We had a nice Chinese dinner with Richard and Jane, and today they took off, with Tookie! She knew what was up, and ran, but Richard got her into the cat box without too much trouble. We miss her, everywhere I look I expect to see her, and Peter says I will have to be his replacement cat. She got quite confident with him and would sit by his feet at the desk, or on the desk. You asked if she purred, yes she purred a great deal while she was here. 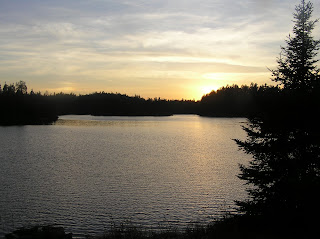 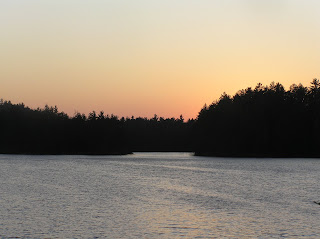 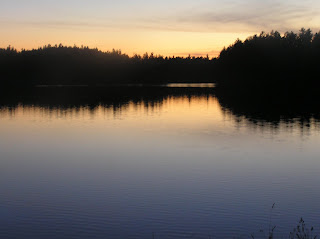 I was up at 7 to say goodbye to Richard, Jane and the cat, and then the roof man arrived to do some retiling, and I had to stay up to give him his check. The poor man had just had a tooth out and was all swollen, but worked away indefatigably. There was a bit of hammering, but he was gone by late afternoon. Took a nap and when I got up I drove out in Richard's Jeep to the supermarket. The car's on the rugged side, I was searching for the electric window but realized you have to - roll it down by hand. Gasp! And it seems to be rather out of alignment, and the hand brake doesn't work...and I didn't have the registration, so it seems safest not to go farther than the market. I laid in a week's stock of food. Then back to the cabin where I settled down by the window to see the pink sunset over the lake, the silver half-moon rising, and chat online. The evening was spent watching election returns; even after six weeks of calm remoteness here, Peter couldn't help but watch the numbers on the laptop. He was depressed but took it all pretty well - the peacefulness here must have done its work. I had a rotisserie chicken, frozen french fries and peas for dinner, and for a late snack, toast with butter and creamed honey. Finally got some sleep, slept till 11 AM today. Another glorious warm day, but I didn't drive out anywhere, Peter's been sleeping off the election so I had a completely peaceful and private day all to myself. Made bacon and eggs, then went for a walk down the dirt road through the forest to the highway, with a wander off the road into the bush. It's old growth forest and you really can hardly walk in it, so thick with trees. I examined some silver birch bark, it's like tough wrapping paper, you can see why the Indians used it. Back at the cabin I varied my pleasant activities between doing a little email, reading Catherine Parr Traill and Susannah Moodie, and sitting out by the lake watching the fiery golden sun set and the sky sprout pink streaks. I tried again to walk farther around the lake but it's useless, you just mire down in the bush. I've just come in and lit the lamps. 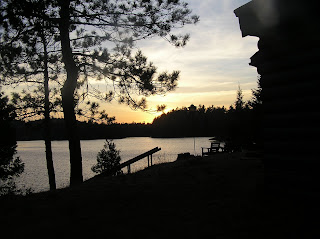 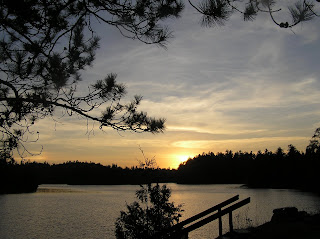 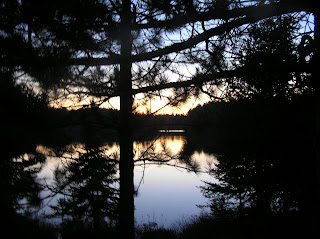 Later, my work manuscript arrived and I printed it out on Claire's laser jet printer, as easy peasy as if I was in Santa Monica, not thousands of miles away at a remote Ontario lake! It's about werewolves, so I'm settling down to read it. 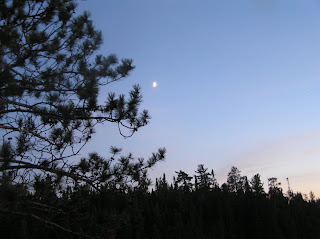 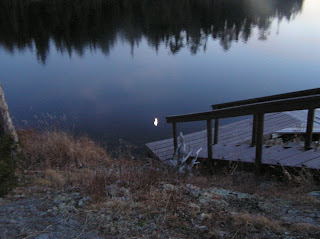 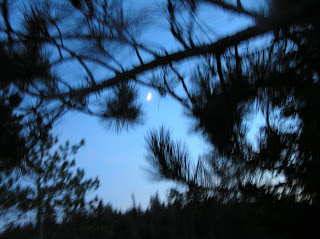 Diana, how beautiful and how 'right' to be reading Catherine and Susannah!
Enjoy the peace and solitude.