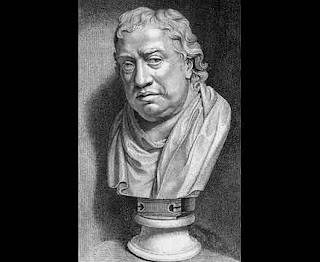 The annual dinner meeting of The Samuel Johnson Society of Southern California was held on Sunday night, November 23, at the Huntington Library. It was the 25th meeting of the Society, and I think I’ve been to most of them: there are no, or few, member interactions during the year, but I look forward to the annual dinner as a reassuring and very pleasant part of the holiday season. It’s like making friends in stop action sequence, however, with each episode a year apart. I’ve watched the same people grow older (and they me) over a quarter of a century while regarding them through a haze of benign holiday spirit, but without knowing most of them very well!

As I always do, I drove Bob Klein, owner/proprietor of the legendary Sam Johnson’s Bookshop and my friend Sheila to the dinner. “Our own especial set,” as our late Johnsonian friend Gloria used to call it, was further represented by reading group members Richard and Magda, and others. During the social hour preceding the dinner, I talked with the visiting Australian John Byrne, a major Johnsonian collector who somehow combines being a Governor of Dr. Johnson’s House, London, and a director of Johnson’s House in Lichfield, with being a barrister in Perth. 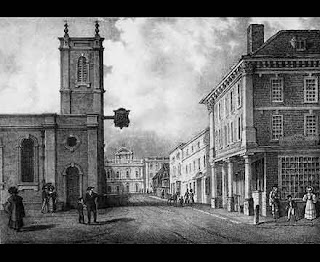 
He spends a good deal of time on airplanes, and came to this meeting especially to get to know members of the Society of which he will take his turn serving as President next year, when he gives the annual Daniel G. Blum Lecture. He was a most approachable and genial gentleman, and I greatly enjoyed chatting him up, and looking at the exhibit of books and prints he had brought and laid out. I was most struck by a fine old map of London in Johnson’s time, and some particularly crisp and beautiful Hogarth prints. One curiosity was the first Chinese translation of Rasselas, which looked oddly like one of my grandmother Onoto Watanna’s books!

This is the tercentenary year of Johnson’s birth, and so there are plenty of celebrations in the works – here in Southern California, the events I’m looking forward to the most are the exhibition “Samuel Johnson, Professional Author,” arranged by O M “Skip” Brack, which will be at the Huntington from June through September. He will also give a lecture on May 27, and Richard Wendorf, author of Sir Joshua Reynolds: The Painter in Society will lecture on the Portraits on June 8, while Paul Ruxin, a major Johnson-and-Boswell collector, will talk about Johnson and Boswell on September 15. So I’ll have reason to drive out to the Huntington a few times. 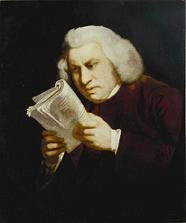 The "Blinking Sam" portrait, donated to the Huntington by Loren Rothschild

Tonight, though, was a particularly friendly and jolly affair. I was lucky enough to sit with antiquarian book dealer Robert Allen, and his wife Brownie, whom I’ve known as Johnsonians and Janeites for years, and I also chatted with his book partner and his wife, with whom I have many friends in common, and who share my new love for Northern Ontario – they visit Manitoulin Island often, and told me all about new places to explore!

We settled down to dinner, which centered around roast prime rib with cracked black pepper and whole roasted garlic, Yukon gold and fennel puree and green peas with fresh mint. At our places were the traditional gift, in this case a replica of a Catalogue of Choice Books by Michael Johnson of Lichfield, edited by Robert deMaria, Jr. Dinner was followed by the lecture, “Johnson’s London: London’s Johnson,” by Michael Buntock, a barrister specializing in maritime law, who is editor of The New Rambler, a governor of Johnson’s House, and working on a life of Francis Barber (I wish I’d had a chance to talk to him about that). He showed slides of the Rambler old and new, of Johnson’s scrofula medal, and a particularly beautiful engraving of London showing how St. Paul’s and the city’s churches dominated the skyline in Johnson’s day. Also some statues of Johnson, including a particularly hideous one that people say, truly enough, looks like a figure of a retired gladiator meditating on a wasted life. 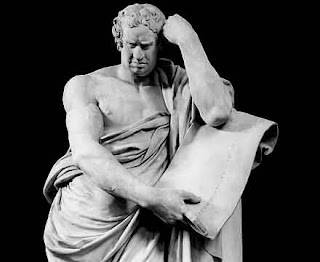 Buntock’s talk was liberally laced with suitable Johnsonian quotes, beginning with “One of the disadvantages of wine is that it makes a man mistake words for thought,” and then wording one of the most famous quotes as, “By seeing London you have seen as much as life can afford.”

After this visit to a conjured-up 18th century London, we drove back to Santa Monica feeling very much cheered. 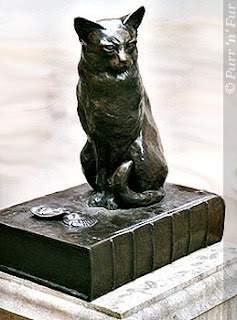 Statue of Johnson's cat Hodge, sitting on the Dictionary
Posted by Diana Birchall at 6:37 PM

Thank you for sharing this, Diana. It was cheering to read it. I could imagine what it was like and experienced it a little vicariously.

How I'd love to hear that lecture on Reynolds's portraits. If I lived in NYC, I would go weekly to the Met.