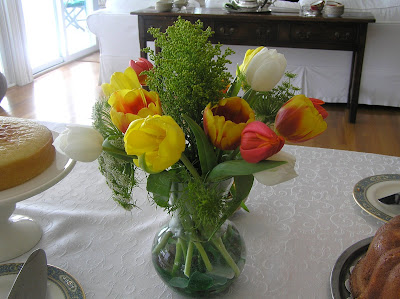 On Sunday, our reading group drove merrily up the Pacific Coast Highway to member Jane's lovely Malibu home, to discuss a most serious, weighty matter: a comparison of Silas Marner to Mansfield Park, and incidentally, George Eliot to Jane Austen. Seated around the sunny light living room, directly over the crashing waves, eating home baked treats (lemon cake, pound cake, flourless chocolate cake, brownies, caramel brownies, and more) and drinking tea from delicate heirloom Japanese cups, we first brought up the matter that was most urgently on all our minds: Why, in our youth, was Silas Marner inflicted upon high school students? I remember being completely unable to read it at sixteen, though I had read Sartre, Dostoyevsky, and Margaret Mitchell. I thought it the most awful, prosy, boring, sentimental book in the world. 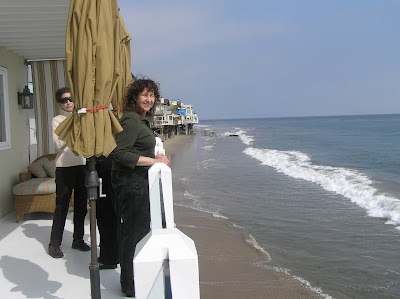 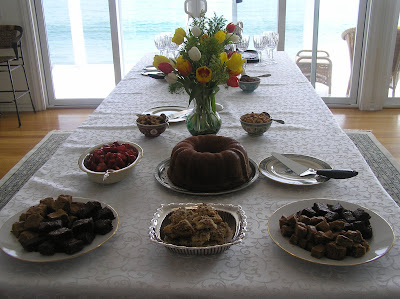 Reading it again at sixty, I found the first pages were indeed almost impenetrably written in stilts-and-bladder, convoluted prose, but once you got past that blockage, the story was readable enough and had many finenesses and beauties. The evocation of pastoral England "in the early years of this century," nineteenth that is, when Jane Austen still walked the earth, was beautiful, and reminded me of the rural quietude and superstitious legends of Mary Webb's Precious Bane, as when Eliot writes, "Such strange lingering echoes of the old demon-worship might perhaps even now be caught by the diligent listener among the grey-haired peasantry." 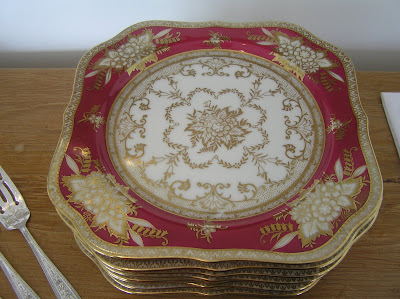 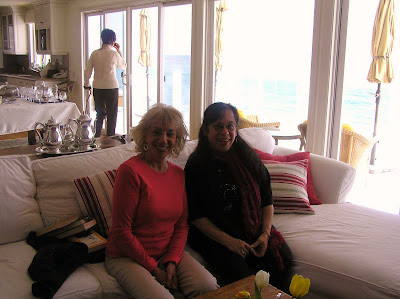 Silas Marner has a kind of mythic feeling, with the golden treasure disappearing, and the golden-haired Shirley Temple of an Eppie appearing, as if by magic; its fairy tale aspect reminded me of Rumplestiltskin. Or Heidi, with the old man and the winsome blonde. The book didn't turn out to have a great deal in common with Mansfield Park, though our guest Gracia Fay of the Ventura reading group, who suggested the topic, had some comparisons; the theme of adoption is the main similarity. The sense of moral nemesis is much stronger in Silas Marner, which examines the idea that "Heaven shows the right," and that people get the fates they deserve, based on the choices they make. It's interesting that its characters, mostly simple country folk, do not even understand the words of the religion they hear in church; it is like superstition to them. It's a surprisingly moralistic book for an atheist to write, at the time when she was living in sin with George Lewes. 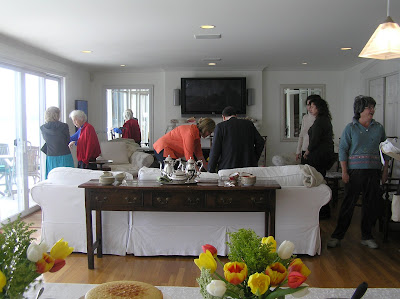 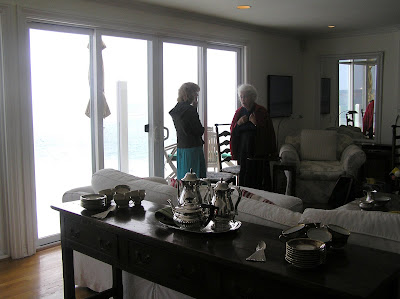 This discussion of course led to a comparison of Austen's life and Eliot's: the sadness of childlessness runs through Silas Marner, whereas Austen shows no trace of any longing for children in her novels. Austen was the Christian and her characters get their just deserts too, but more realistically than in Silas Marner. And although we are now old enough to appreciate some beauties in Marner, there is no question which book we love more, and can reread endlessly. Old Silas was very, very lucky to get even this second chance. 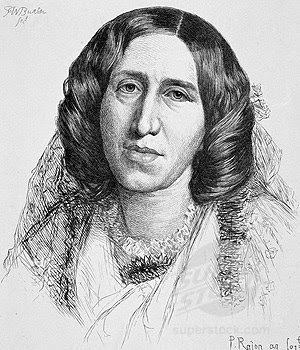 George Eliot. She went "rockpooling" in North Devon, and her scientific interests influenced Silas Marner. So she might have enjoyed a visit to Malibu

Two tiny bits I liked very much in the book: Eliot describes a small but vital thing I've never seen described in fiction before. "That quiet mutual gaze of a trusting husband and wife is like the first moment of rest or refuge from a great weariness or a great danger." She has caught the exact significance of that moment when you first come home and meet your mate's eyes.

And then, of course, Eliot has won me over by her inclusion of two tortoiseshell cats. Aha, what an excellent opportunity for me to show you some more cat pictures! Martial at Eight Months and God knows how many Pounds

"The sharp bark was the sign of an excited welcome that was awaiting them from a knowing brown terrier who, after dancing at their legs in a hysterical manner, rushed with a worrying noise at a tortoise-shell kitten under the loom, and then rushed back with a sharp bark again, as much to say, "I have done my duty by this feeble creature, you perceive," while the lady-mother of the kitten sat sunning her white bosom in the window, and looked round with a sleepy air of expecting caresses, though she was not going to take any trouble for them." 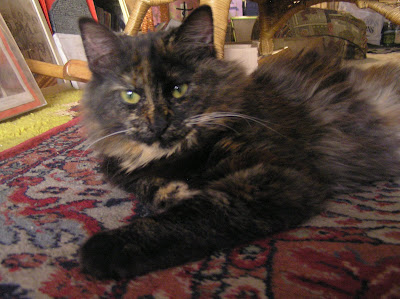 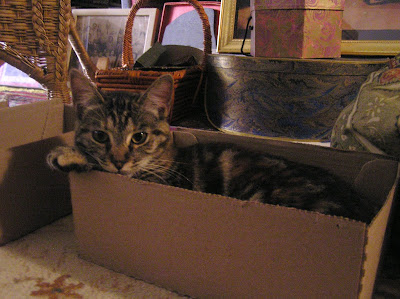 Eliot writes, "The presence of this happy animal life was not the only change which had come over the interior of the stone cottage." It signals a very great change, Silas's home coming to life, and we have seen in my own household how anmals do bring a home to new life, where three cats frolic and make aging people feel much younger. 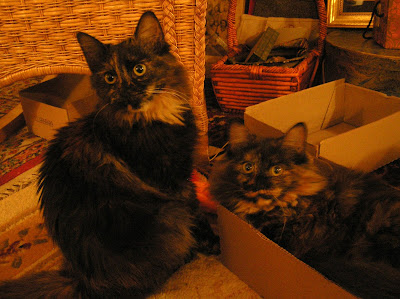 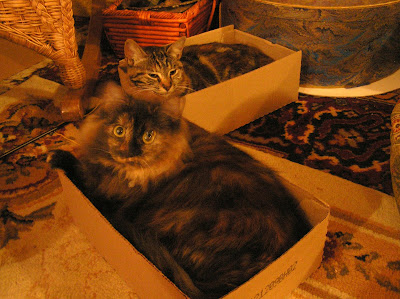