"A Beautiful Statue" - Waxing Wicked on the Waxwork

"...she gave one the idea of a beautiful statue, and even now, in her coffin, there is such a sweet, serene air over her countenance as is quite pleasant to contemplate." 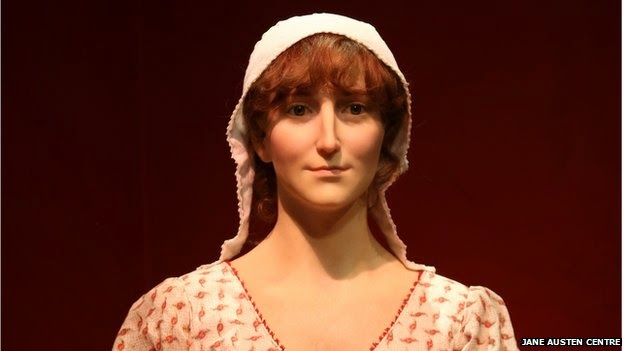 
"If I must give my opinion, I have always thought it the most insipid play in the English language." - Jane Austen, Mansfield Park
Since I, too, must give my opinion, here is what I think of the new waxwork figure of Jane Austen recently unveiled at the Jane Austen Centre in Bath. I don't actually dislike it; I like the dark, soft, intelligent eyes, and it is a sweet and thoughtful image. However, it looks too modern, with a suspicious nod to Keira Knightley. I do think they (sculptor Mark Richards and forensic artist Melissa Dring) did properly consult the existing photographs of Jane Austen's brothers Frank and Henry (the latter whom she was most especially said to resemble), and that was certainly the most logical place to start. Consequently the shape of the nose and eyes have a chance of being reasonably right, though of course all must really be guesswork. I question the narrowness of the face, for where are the round cheeks not only of contemporary description, but of Cassandra's own portrait? Poor though that portrait is, Cassandra probably at least had an idea of her sister's face shape, and showed it as rounded and nothing like as elongated as in this waxwork. Similarly, she really must have known how her sister wore her hair, and the tight short round curls of Cassandra's portrait are made nonsense of by the stylish Jean Shrimpton fringe of the waxwork! A woman of JA's day would not have worn her hair loosely falling in her eyes like a basset hound. That, despicably, is the movie influence again. 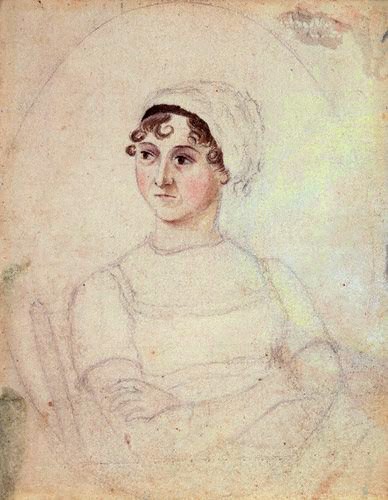 
A friend mentioned the late Joan Austen-Leigh, one of the founders of JASNA, who inherited, through five generations, the exact nose of Jane Austen's mother, evidenced in a portrait silhouette. It was rather larger and more hooked than the noses of the brothers as seen in their photographs, but there is no reason to think that Jane Austen herself had her mother's very prominent nose; I'd accept that it was straighter, though still long, like the brothers', and like the silhouette of her sister Cassandra. I like the sculptor's version of the nose quite well. 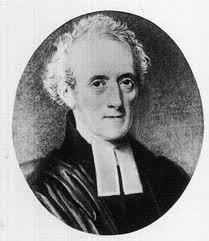 Henry Austen
What irritates me most about the waxwork, however, is that sweet serene Mona Lisa expression. Maybe Jane Austen had a prettified insipid serenity after she was dead, and the spirit was all out of her. That's when Cassandra described her as looking like "a beautiful statue." The sculptor states that he was trying to make her appear like the woman who wrote all those wonderful books, and Melissa Dring says that Cassandra's portrait "really doesn't reflect the fun, witty, amusing person that all written accounts of her seem to portray." Well, true, but we may remember that Melissa Dring's own forensic drawing of Austen was absolutely appalling, making her look like a red-cheeked barmaid. She got so much abuse for it that no wonder the color has been toned down in this image, which is as pale as waxwork indeed, even though contemporary descriptions did say Austen had a high color. (Not like Melissa Dring's idea of high color I am sure, which was brick red alcoholic poisoning.) 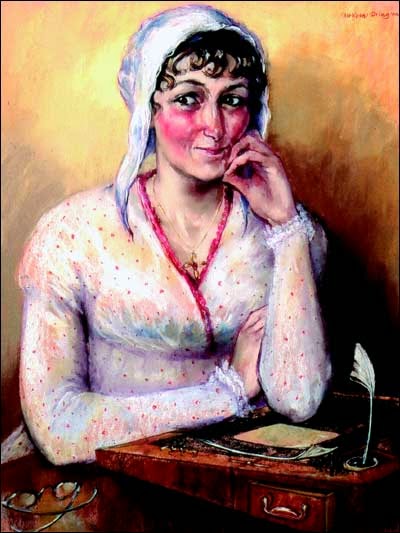 
Although Dring made Jane Austen look almost cartoonish with her extreme coarse smirk, at least she has some expression (and she got the curls more accurately close to Cassandra's version). The waxwork has erased almost all expression except that of an elegaic, disappointed purity, and that arranged, composed mouth and lower face, in particular,  remind me of nothing so much as a laid-out corpse. I was very strongly reminded of an anecdote choreographer Agnes de Mille tells in her memoirs, Dance to the Piper:


"One day [Marie] Rambert explained to me why I did not give the appearance of beauty and ease which, she added, was the basis of all attraction. Standing before the great studio mirror (this interview was mercifully held in private), she arranged my face as she had so often arranged my members, pulling the eyebrows long, folding down the lids to look languid (the Sylphide expression - the expression of detached absorption which, Rebecca West once said, always reminded her of light constipation), twirling up the corners of my mouth. When she had done she said, 'There, that is my idea of relaxed serenity.' I raised the drooping lids and peeked without altering the tilt of my head. Stark amazement and shock stared back. It was the arranged face of a corpse."


Is that not reminiscent of what Richards and Dring have done here? The composed arrangement, the folded mouth, the demure maidenly ballet preparatory position of the arms (which may have brought to my mind the ballet reference above), may be forensically accurate, but this is a mild image of a still and silent presence, tinged with sadness rather than wit. A number of Janeites have called it "placid," and indeed there's no suggestion of Jane Austen's indomitable humor, keenness, subversiveness, or vibrancy.  It may have some spurious forensic accuracy, but "The letter killeth, and the spirit breatheth life." Really there ought to be a medium between Tring's barmaid smirk and this sculptor's posed composed arrangement. A little subacid humor maybe?  But no.  This is a pale vanilla waxwork.  A picture of perfection, such as makes me sick and wicked. 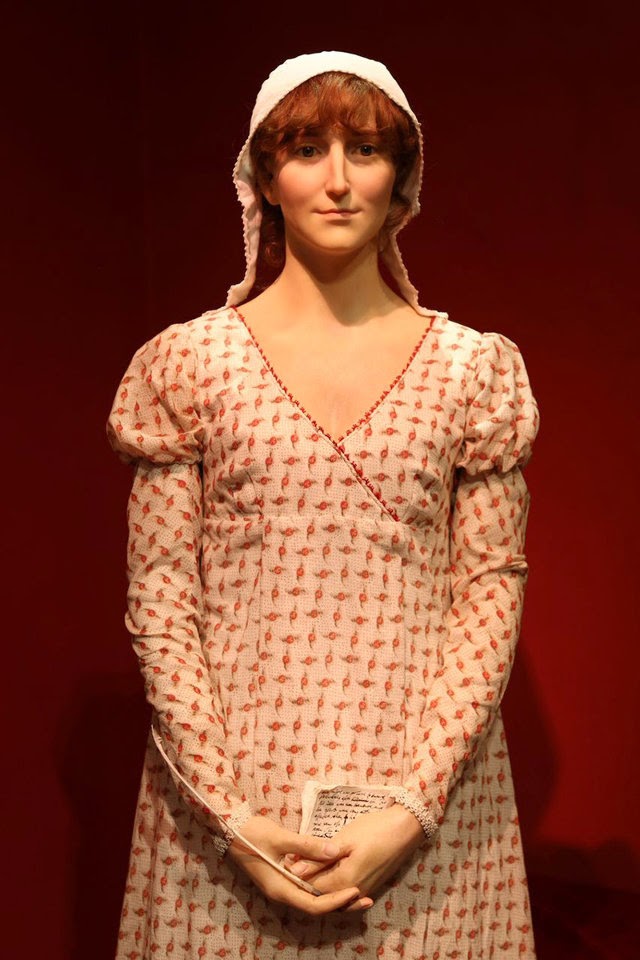