We Pay a Call at El Alisal!

A remarkable, flamboyant character was Charles F. Lummis (1859 - 1928).  Harvard dropout and journalist, he  took a well-publicized "tramp" from Ohio to California in 1884 to take up a job on the Los Angeles Times. Adventurer, poet, historian, ethnographer, womanizer, and librarian, he (among other things) fought for Indian rights, edited the early California publication "Land of Sunshine" (later called "Out West"), established the Southwest Museum, and built, mostly with his own hands, the house which my friend Mary Chapman and I visited, El Alisal. 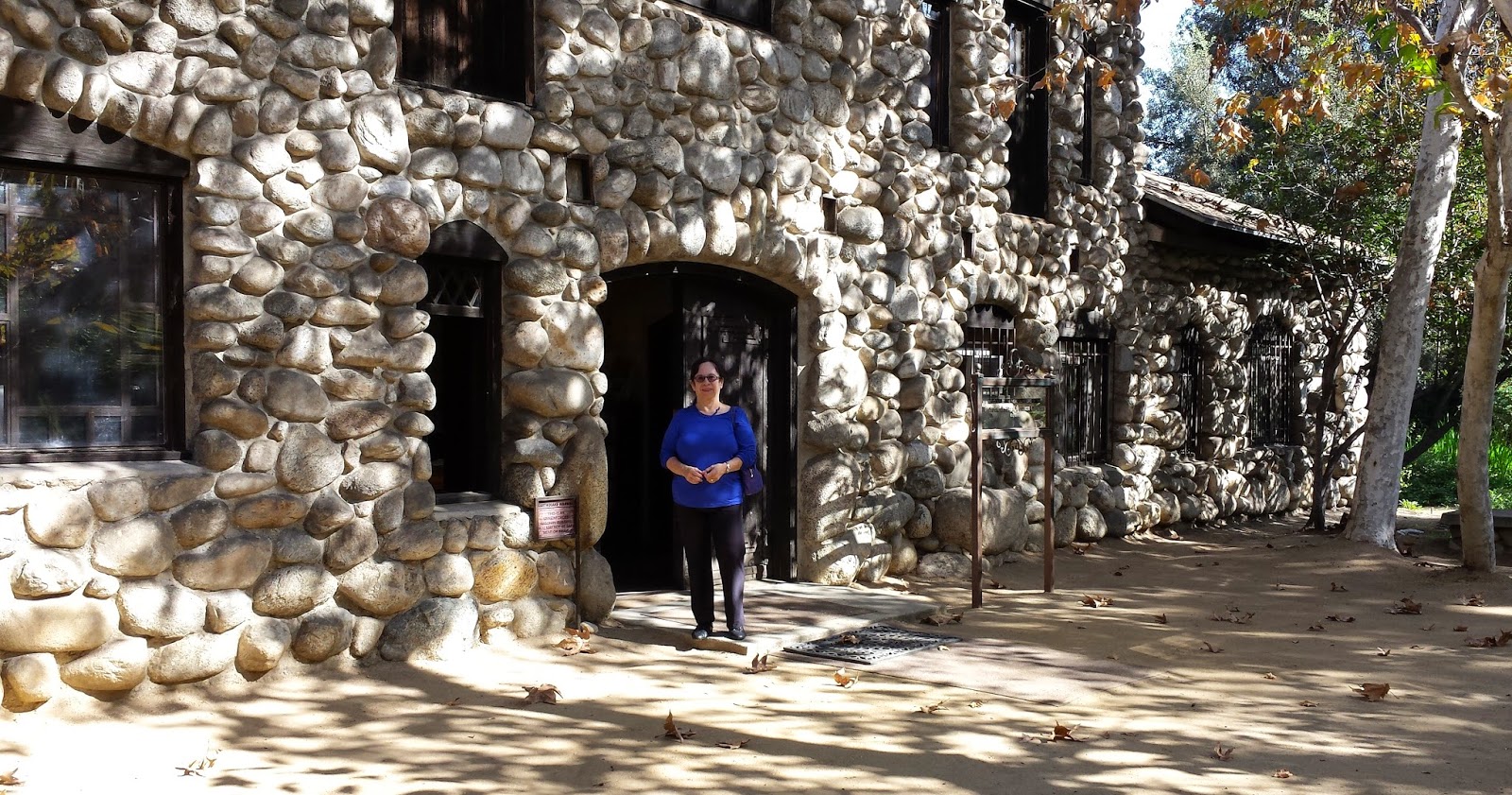 I have a personal family historical connection with Charles Lummis, because he was the early mentor, editor and friend of my great-aunt Edith Eaton, pen name Sui Sin Far, the first Asian American fiction writer (1865 - 1914).  We have several letters between them (the originals are at the Braun Research Library Collection, Autry National Center), and know that Edith was published in "Out West" and also visited at El Alisal.  Lummis called her "the only Chinese American woman who is publishing fiction." 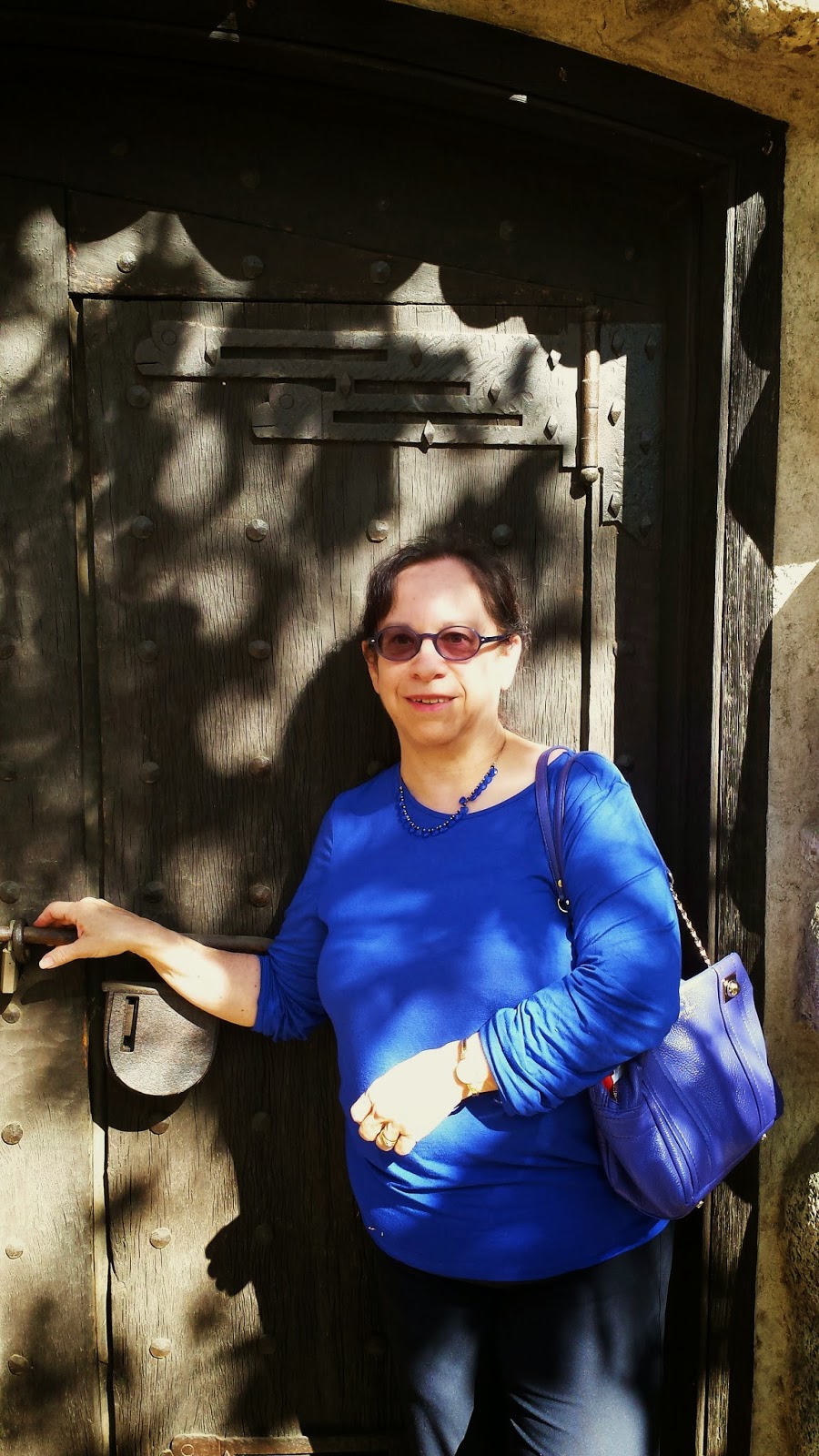 Come into El Alisal!
El Alisal is Rustic American Craftsman stone house located at 200 East Avenue 43 in the Arroyo Seco, South Pasadena. Now that is just exactly twenty miles from where I live, in Santa Monica, yet I'm ashamed to say I'd never visited before, though I've long been fascinated with Lummis.  This weekend, however, I had an extra motivation for going. Professor Mary Chapman of the University of British Columbia was coming to town for a conference, and we decided to visit together.  Mary is the discoverer of no fewer than one hundred of Sui Sin Far's stories, published in many magazines around the turn of the last century. (The collection will soon be forthcoming.) We met because of my biography of my grandmother, Edith's sister Onoto Watanna; but although we've corresponded for several years, this was the wonderful occasion of our first meeting in person! 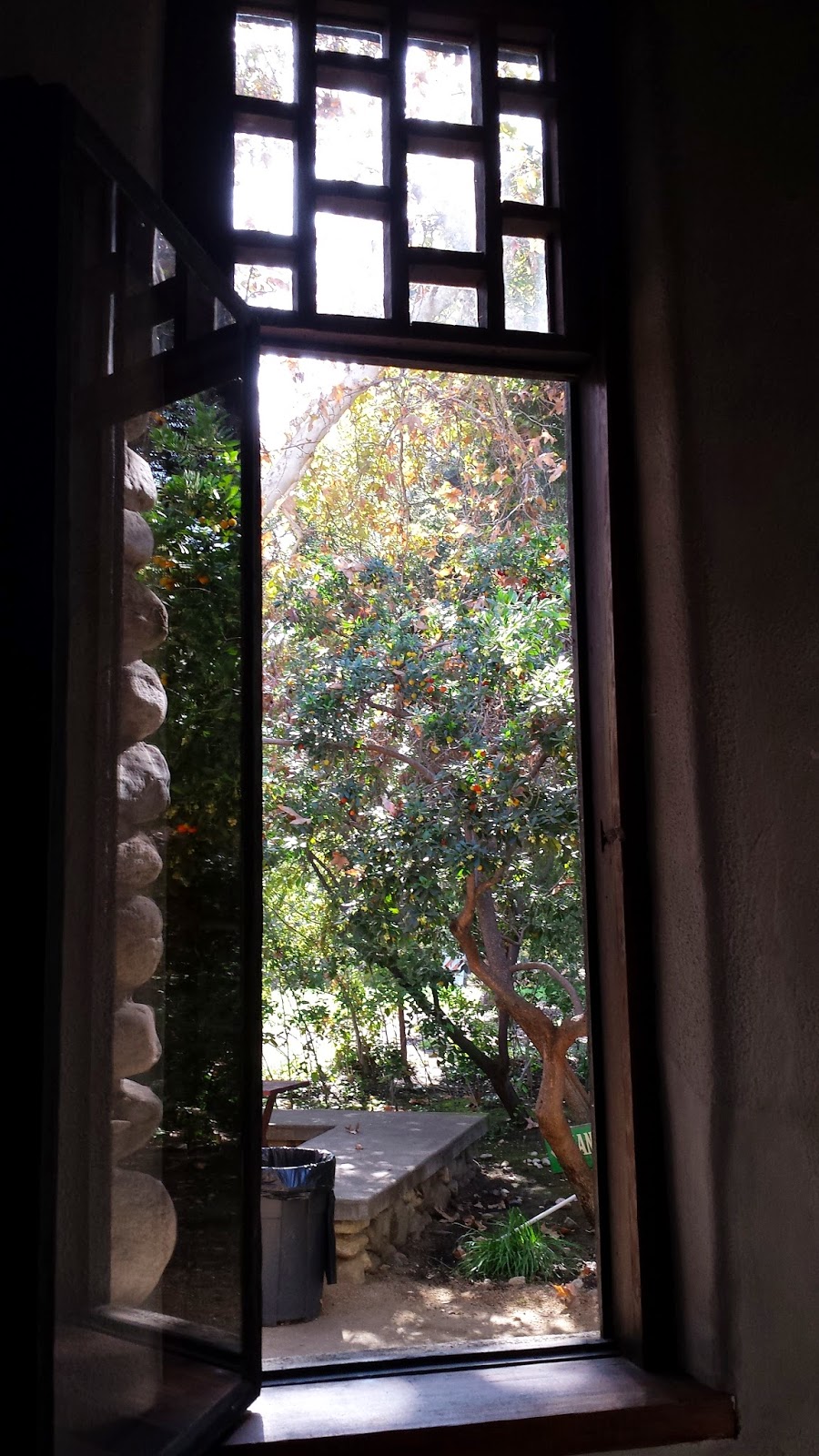 The beautiful old handcrafted windows frame views of the garden
So, arriving at El Alisol, first we meandered through the garden, marveling at the little oasis of peace so near downtown Los Angeles. Even more than that, the garden is like a journey back in time, for many of the trees were planted by Lummis (the house takes its name from its old sycamore grove), and is full of native plants, such as a beautiful bed of rosy red yarrow and other drought-resistant plants. Some were most curious, such as bright hard-shelled fruits that no doubt attracted the many giant Monarch butterflies. The trees gave a cool dappled shade, and the place was altogether idyllic. Then at noon the house opened, and we went in. Here is what we saw.﻿ 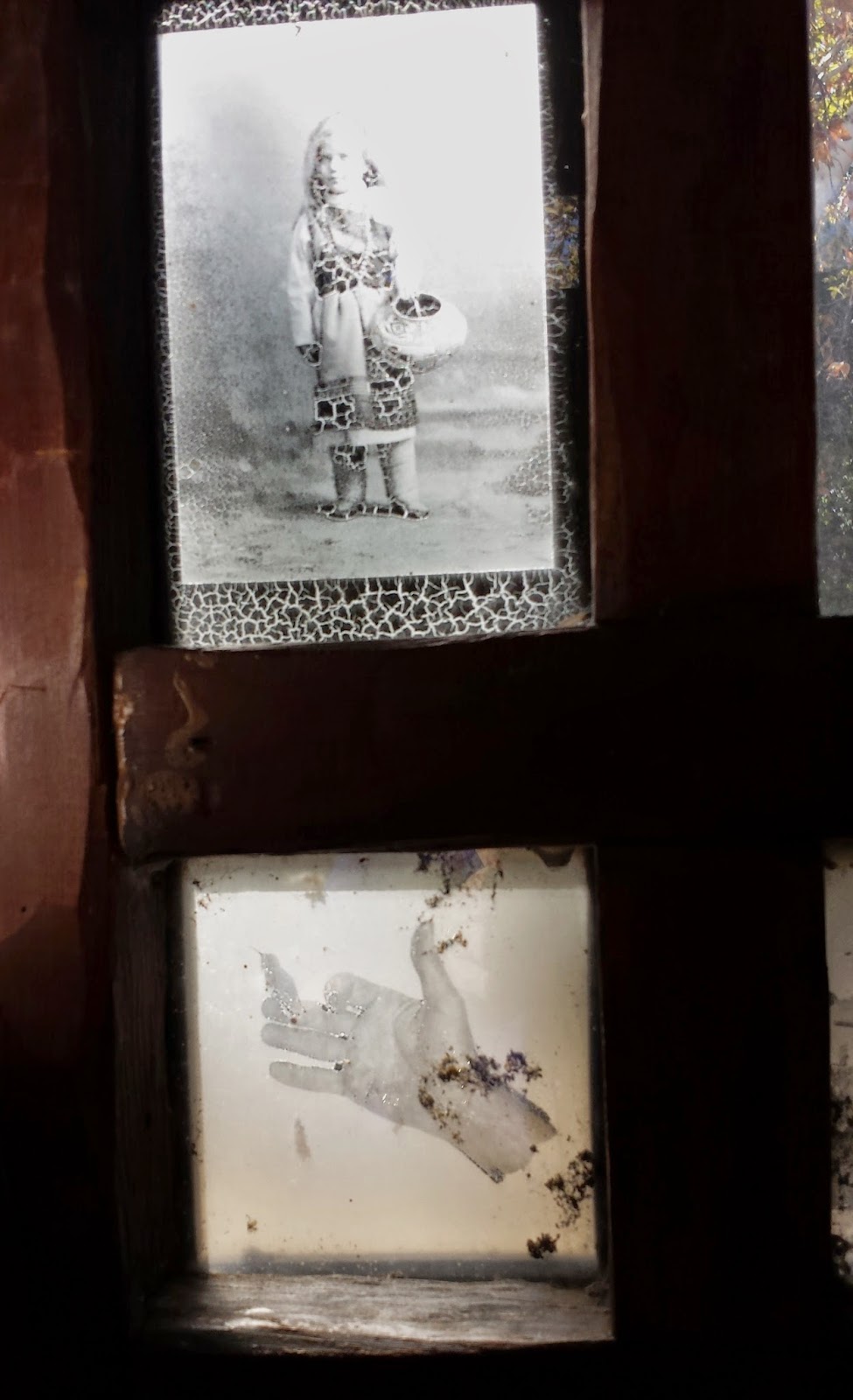 A bank of windows contain transparency photographs of Lummis's life and travels. These he made and mounted perfectly to fit in the window spaces. The bottom picture shows a hummingbird sitting on his finger. 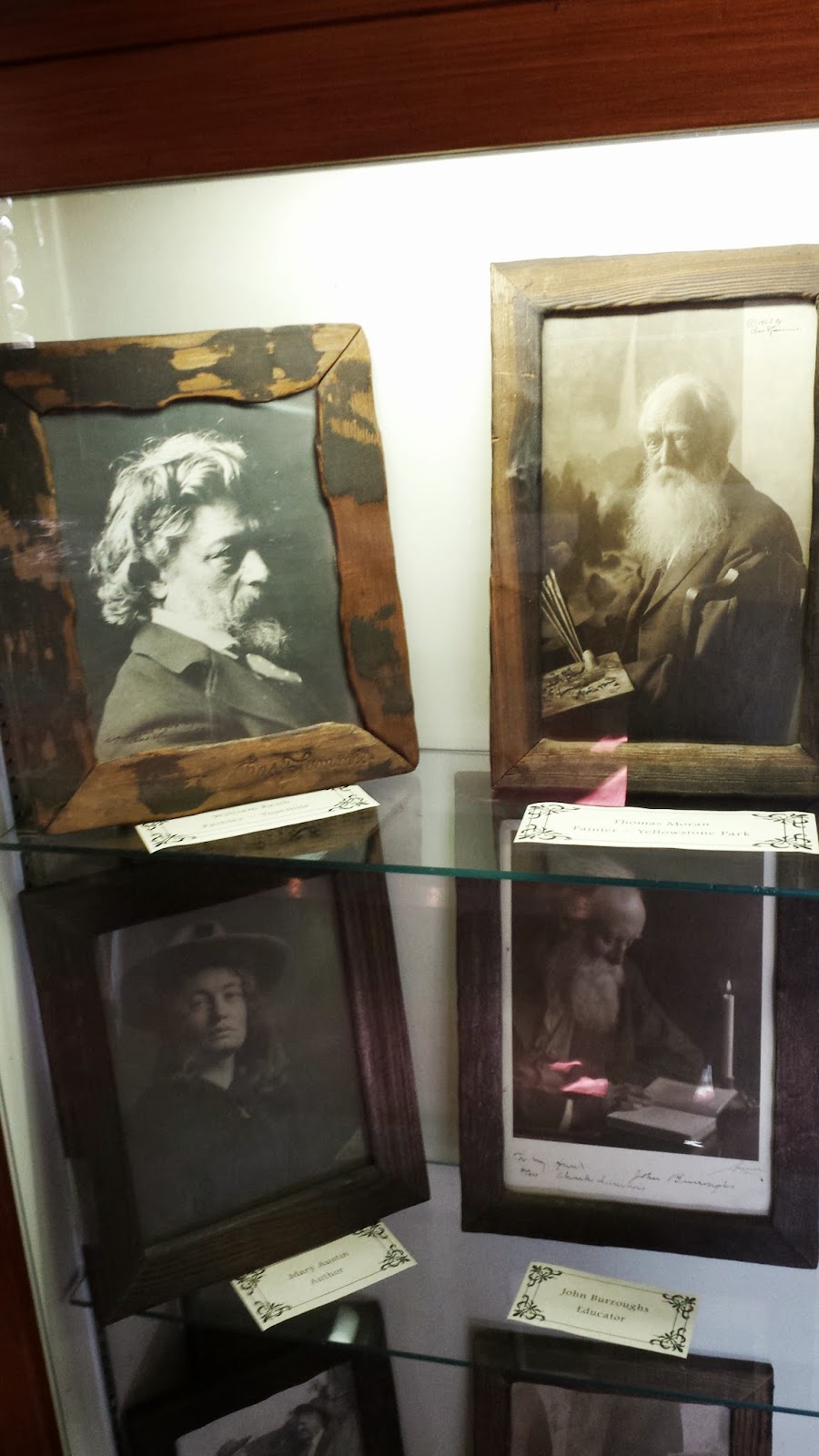 In the central room are display cases of old photographs of the many famous characters who visited at El Alisal. Lummis kept immense records of his guests and dinner parties, some of which have been compiled in a book on display in the house. In this picture, bottom left is Mary Austin. 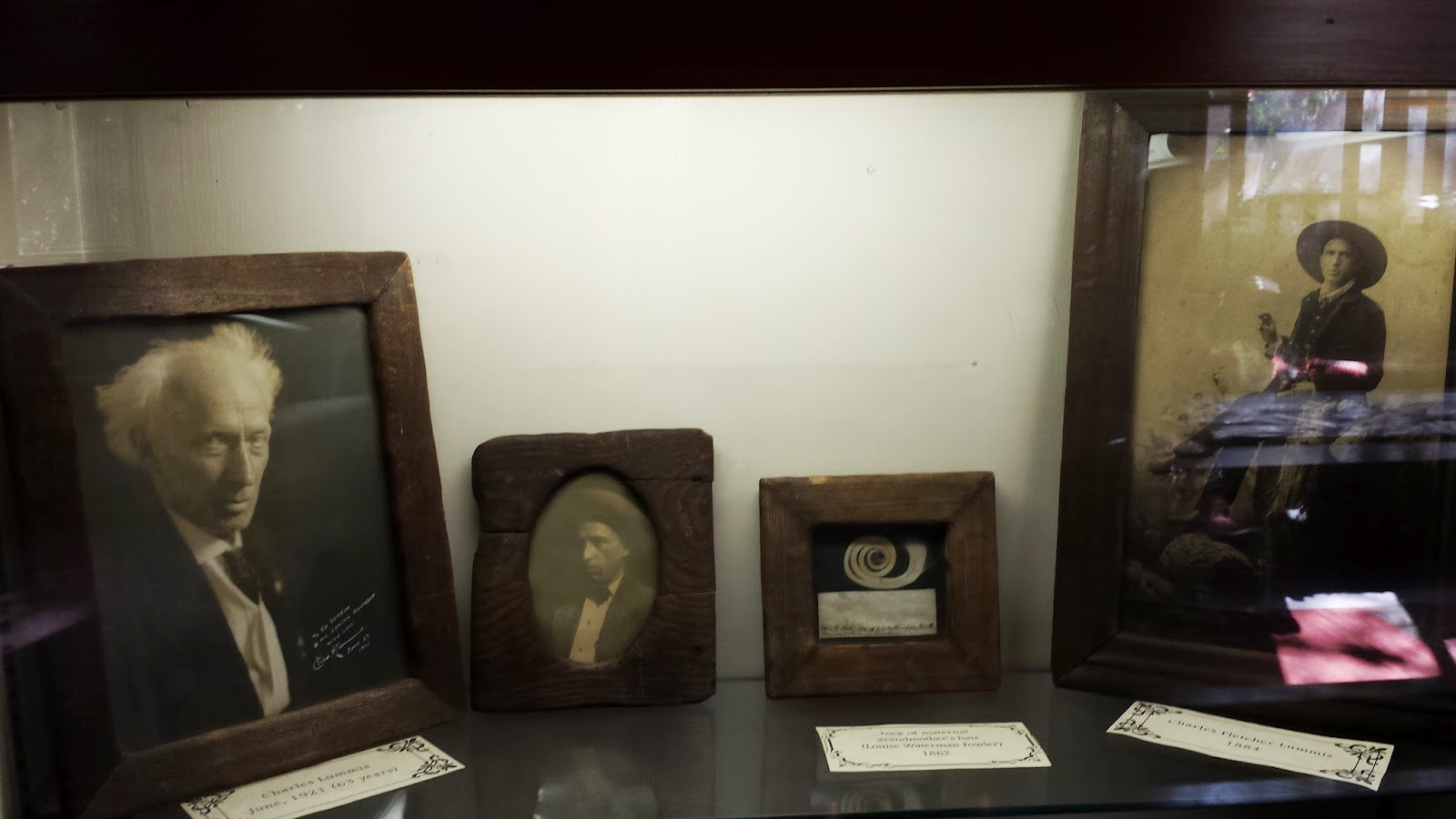 Left, Lummis shortly before he died, and two pictures of him in  younger days. 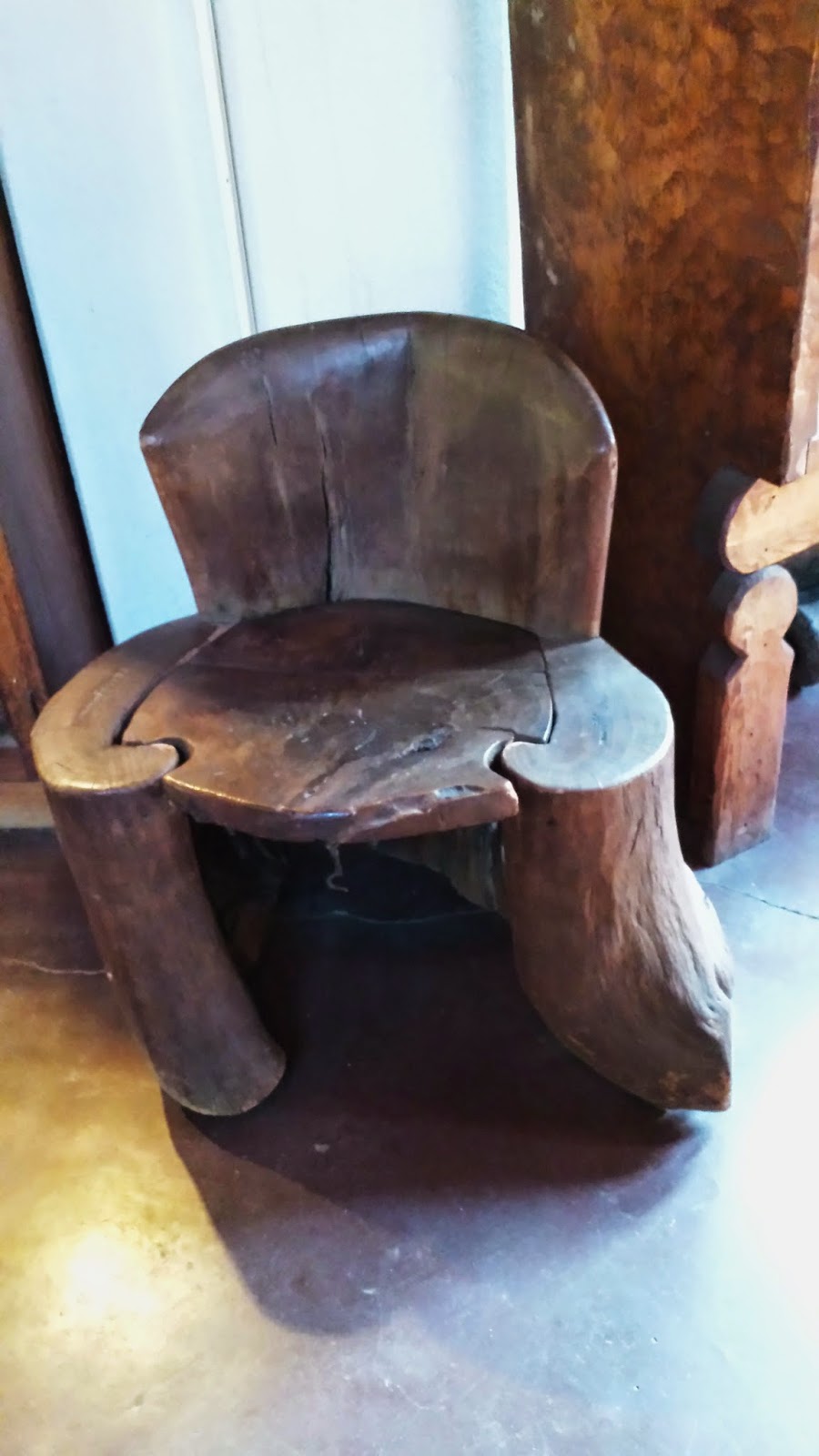 A chair he hand-crafted.  I love it! 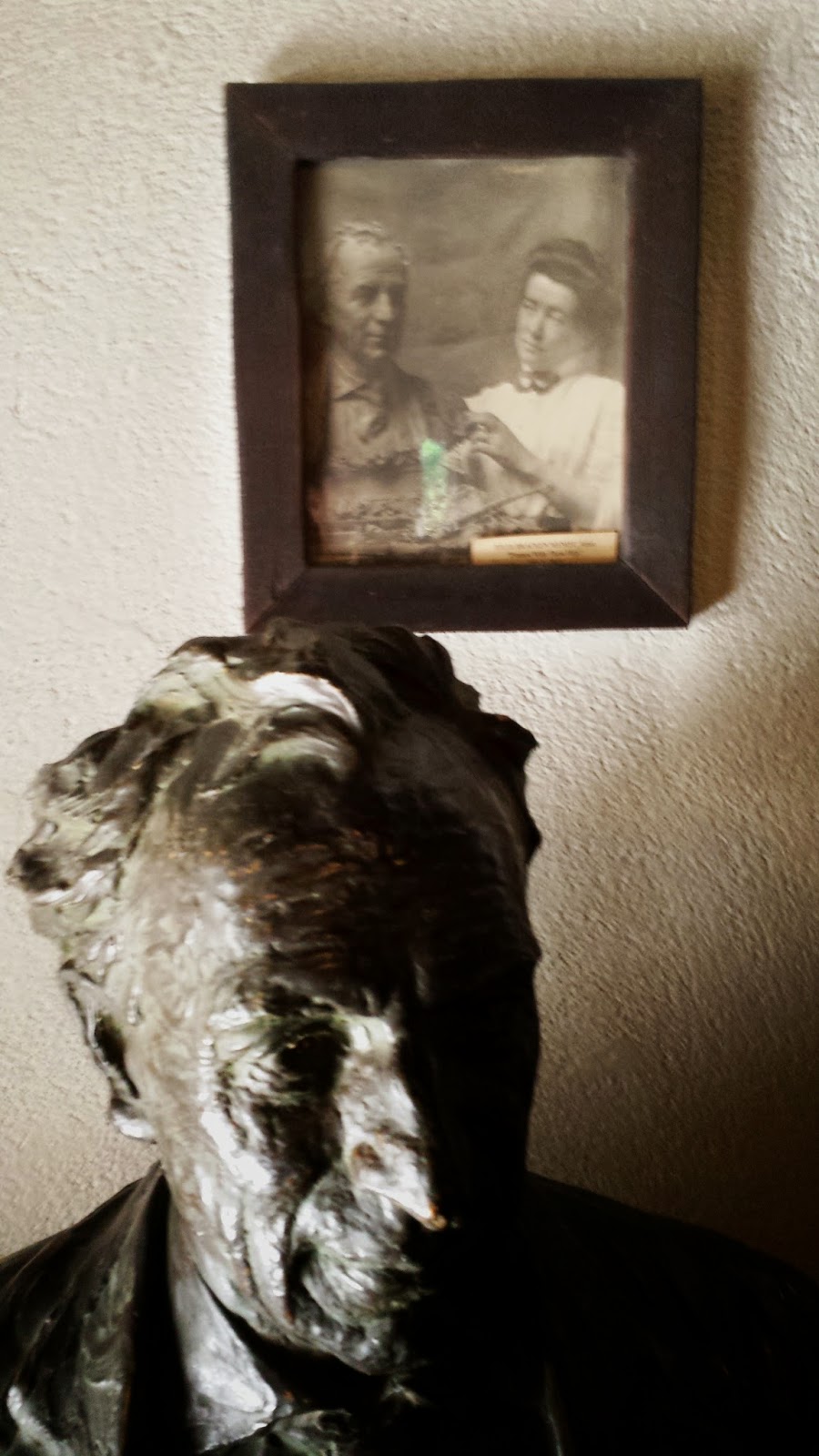 Bust of Lummis, with a photograph of the sculptor, Julia Bracken Wendt 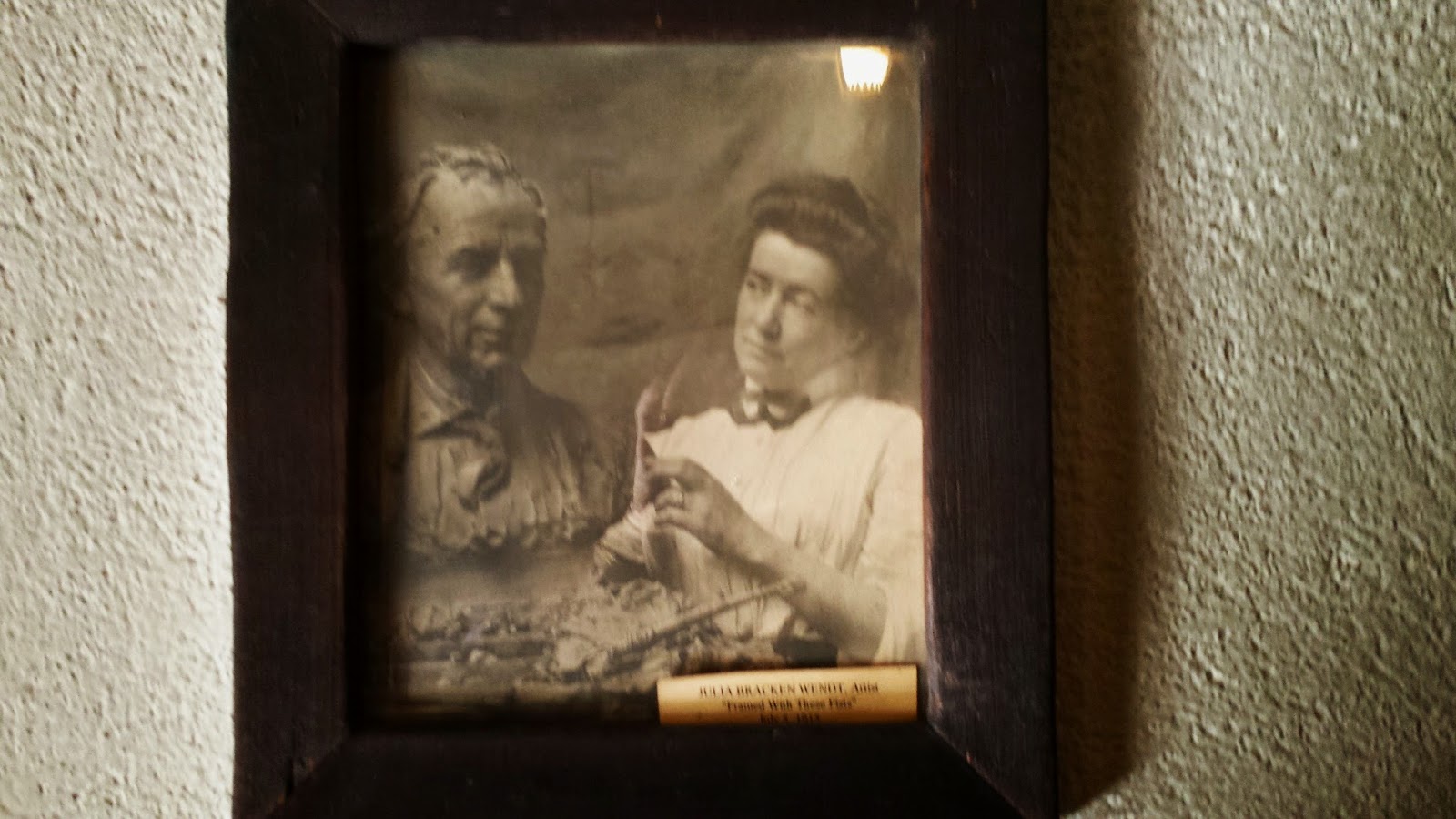 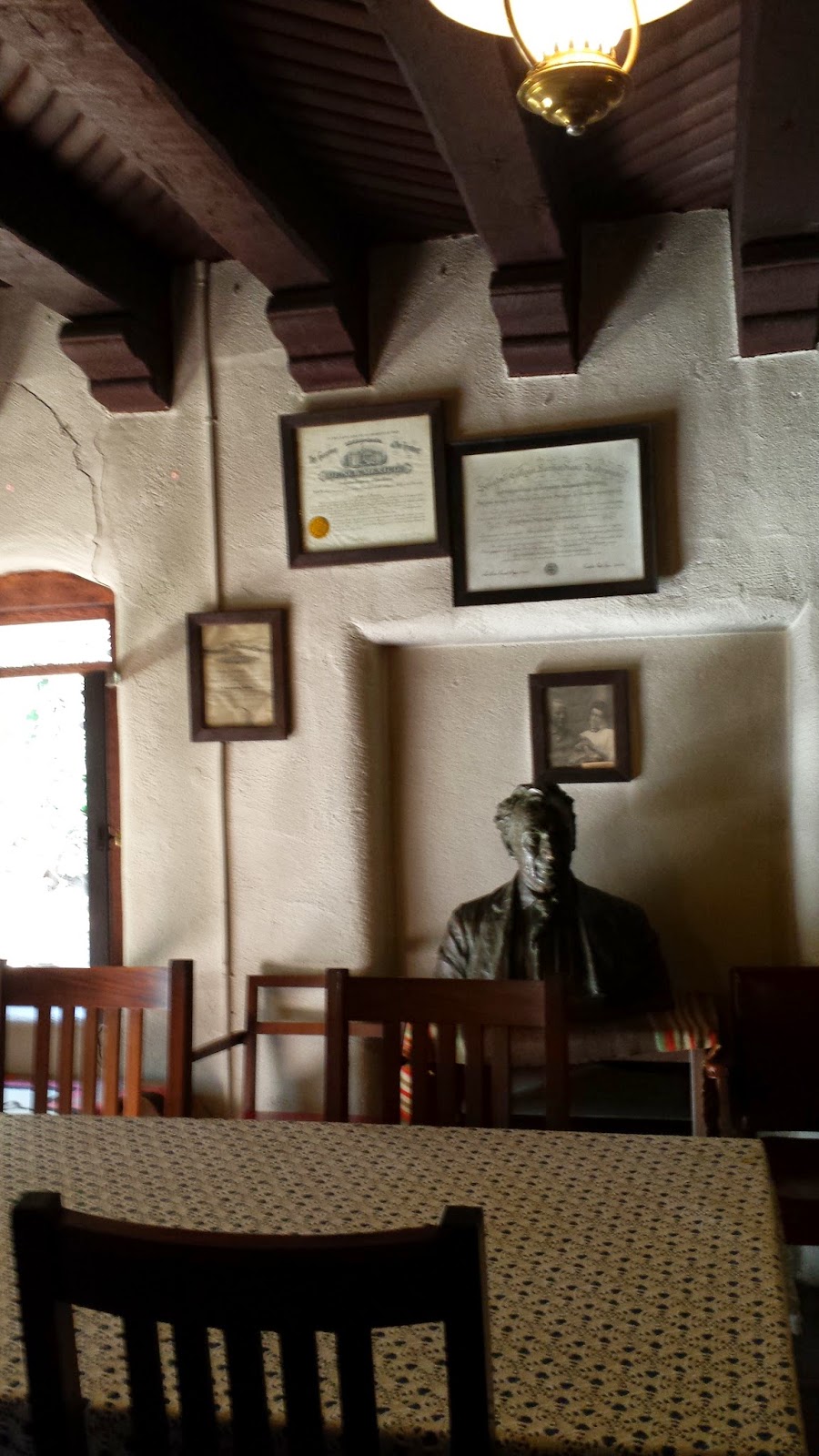 The bust sits as if Lummis were at  his famous table. Actually, this must be a smaller table than was used at the time, if his large guest lists are anything to go by; but it is a thrill to think my great-aunt Edith sat there once! 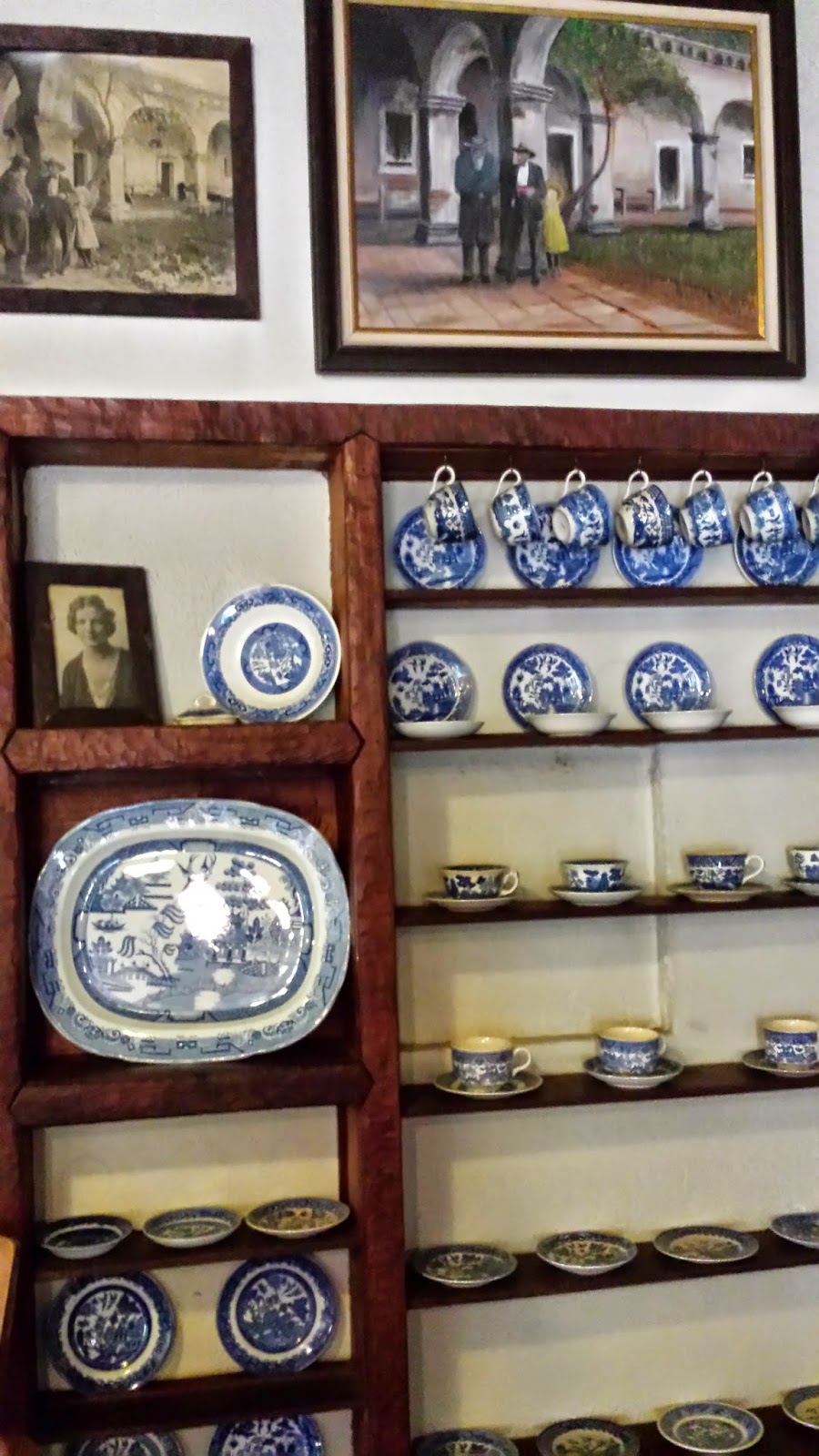 His nice homely blue willow-pattern plates.  A favorite of mine, too. 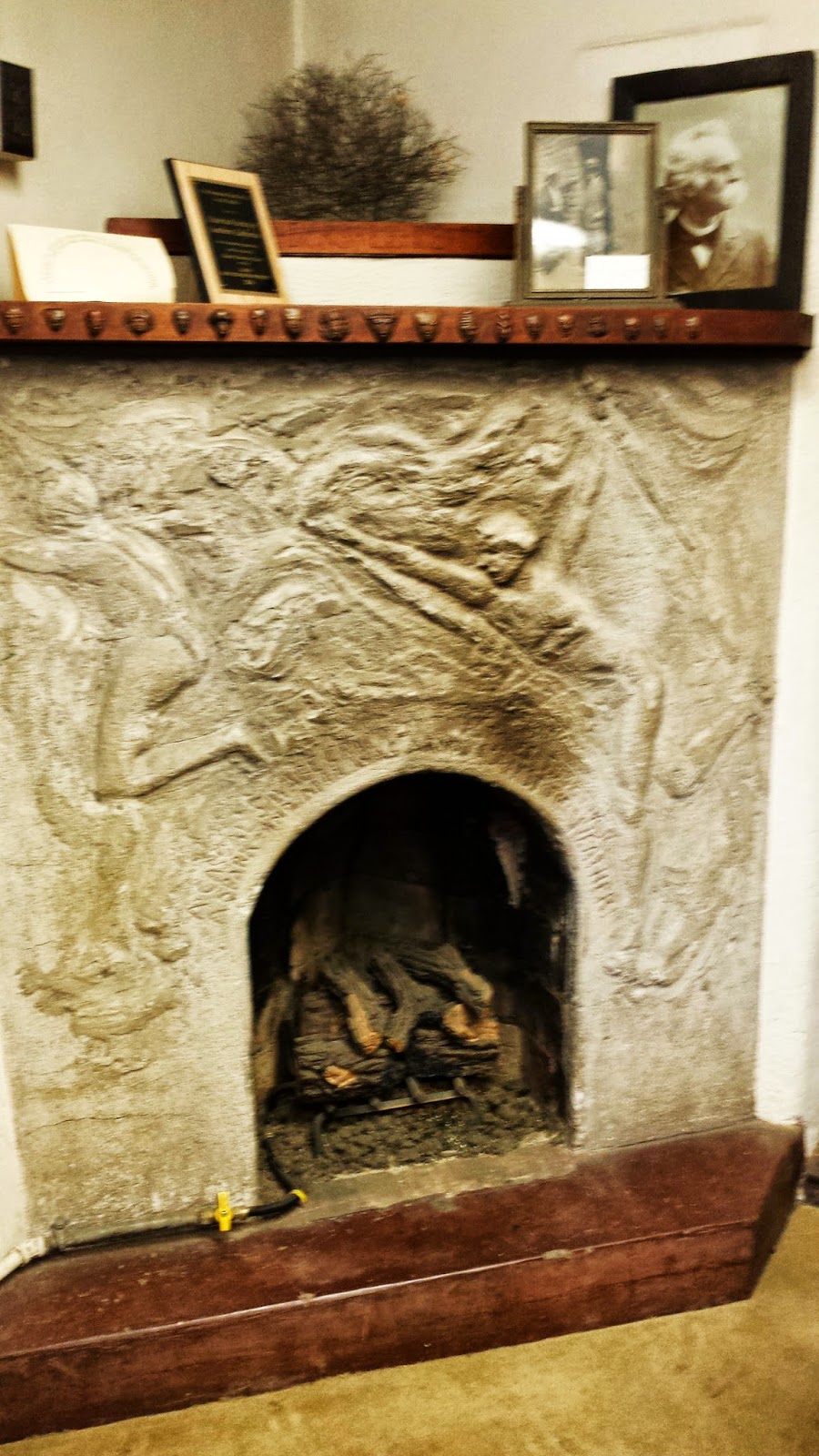 Bas-relief on the fireplace. That's not Samuel Clemens on the mantel, it's Lummis's father! 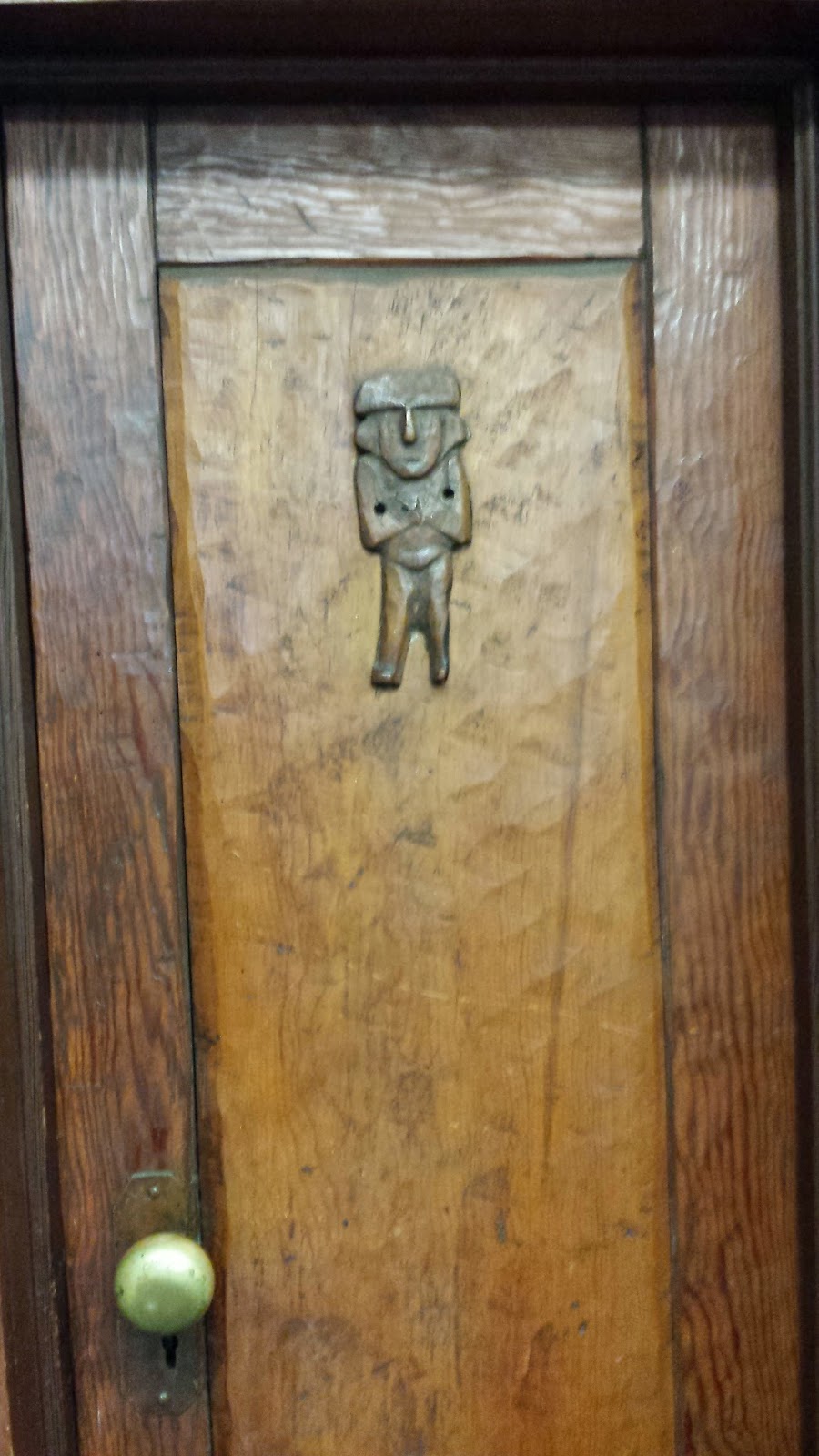 Odd little man on the loo 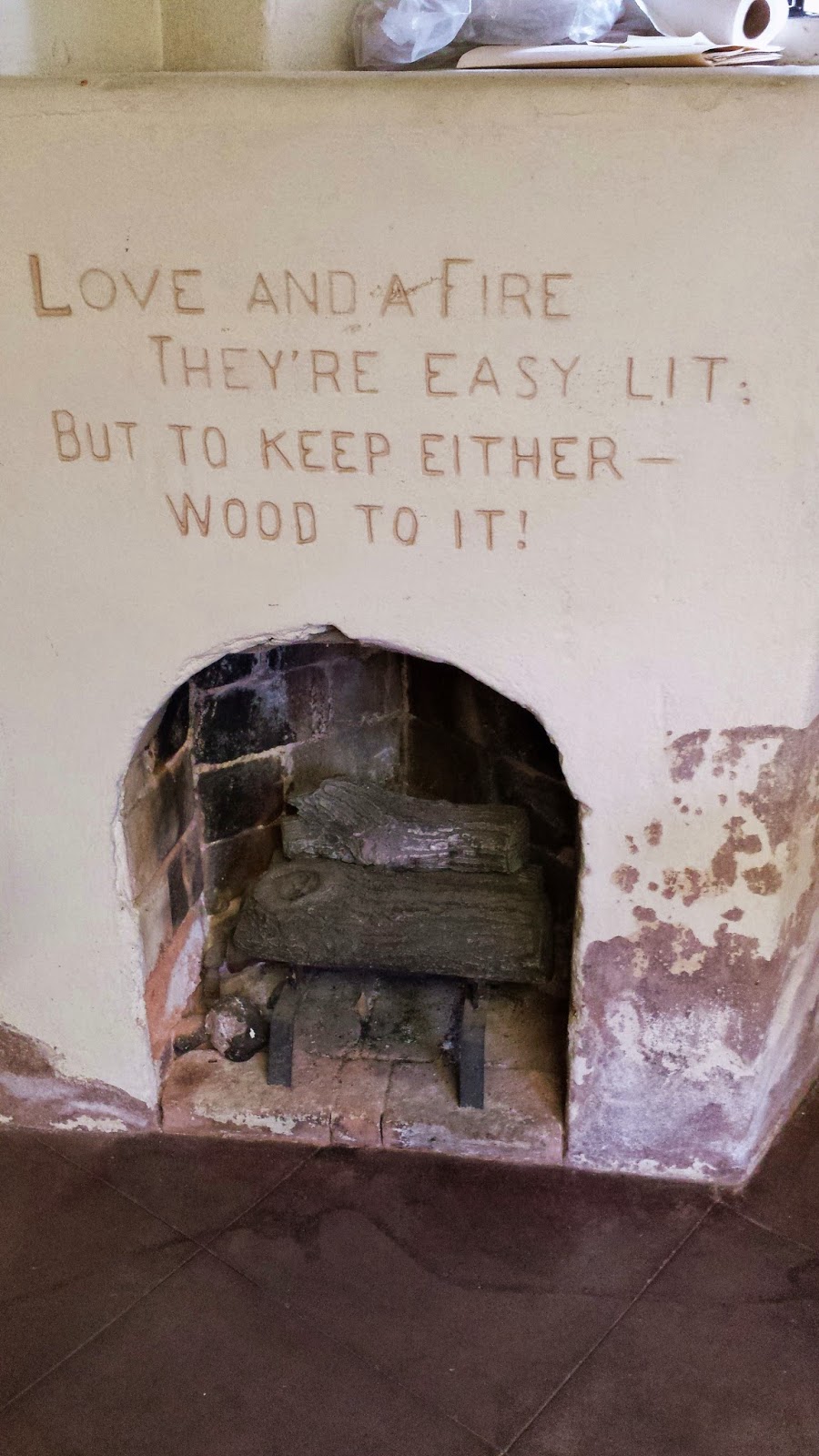 I'm not quite sure what this means, but Lummis has it over another fireplace...this is the man who used an elaborate code for lovemaking with different women, all referring to "al cielo" 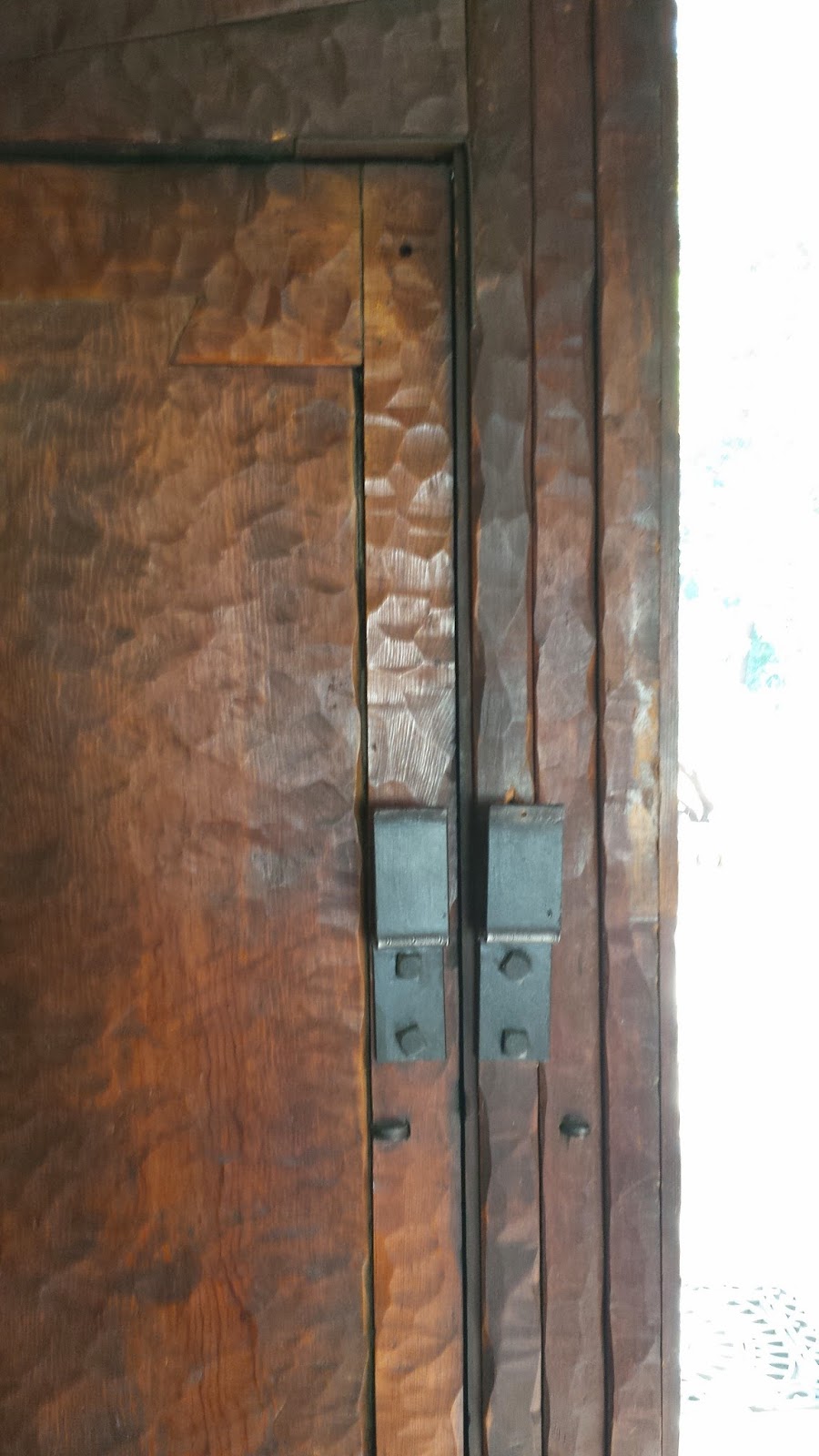 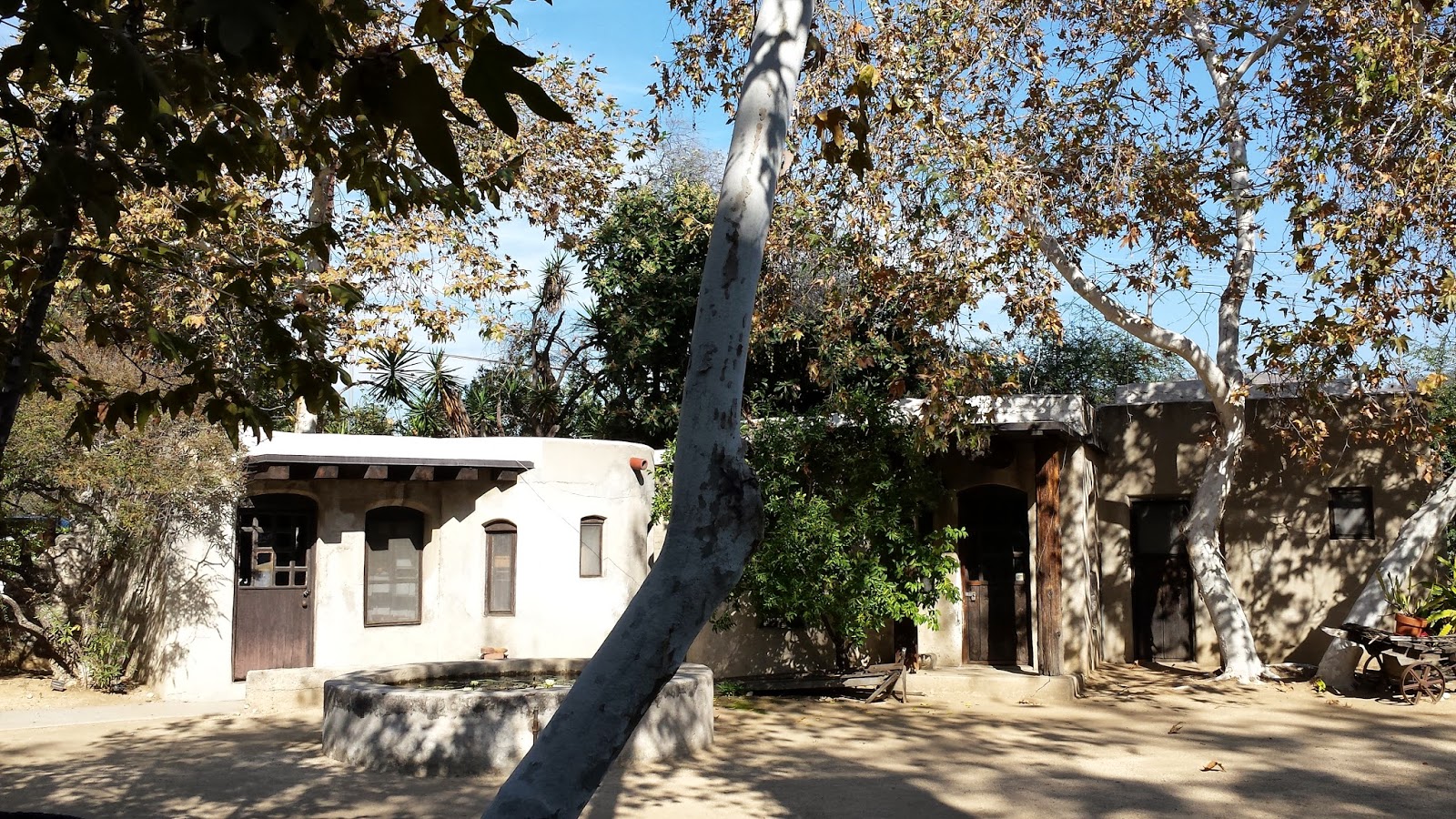 The sycamores in the courtyard 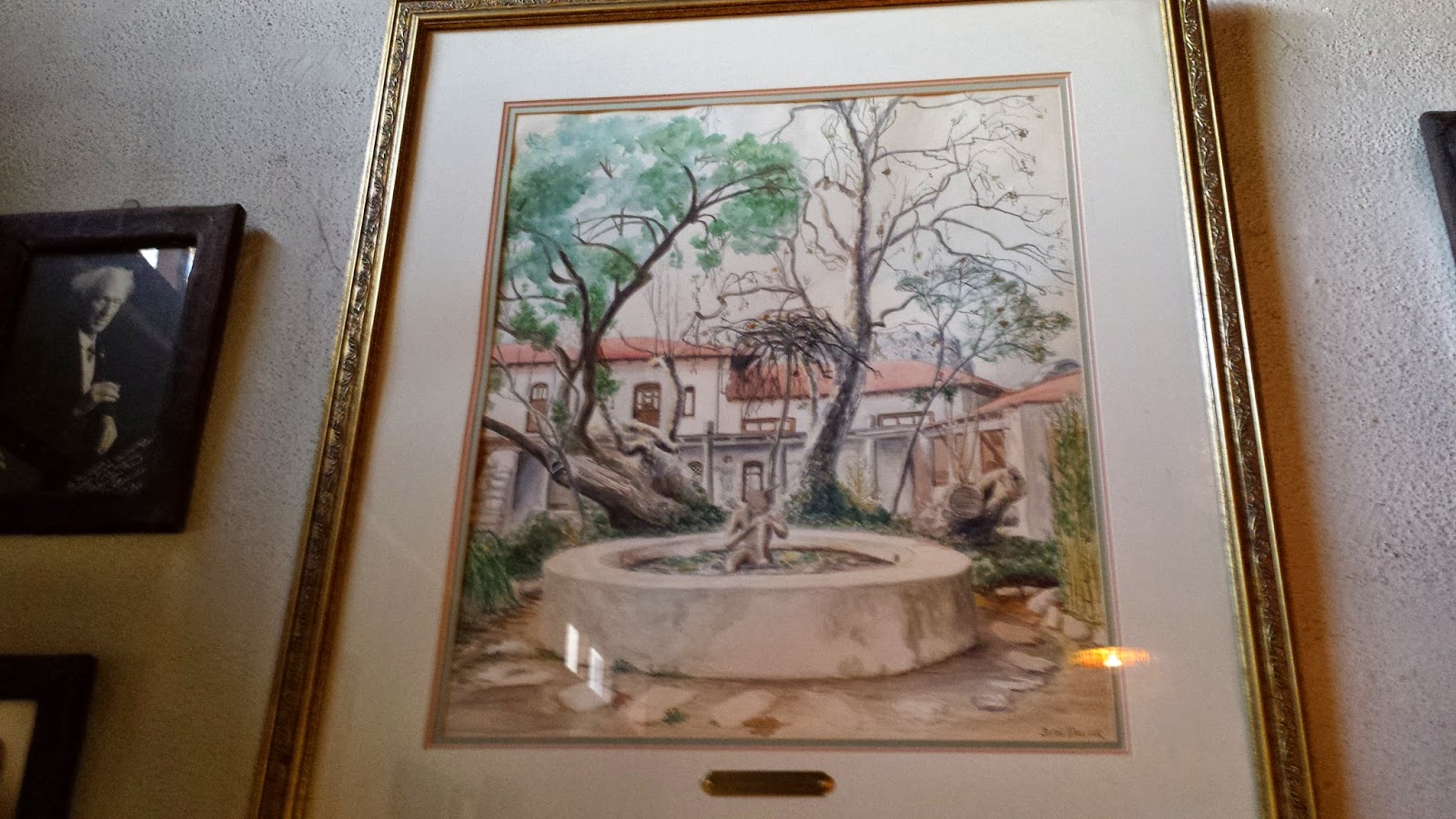 A lovely water color of the sycamores as they were then (approx. 1915)﻿ 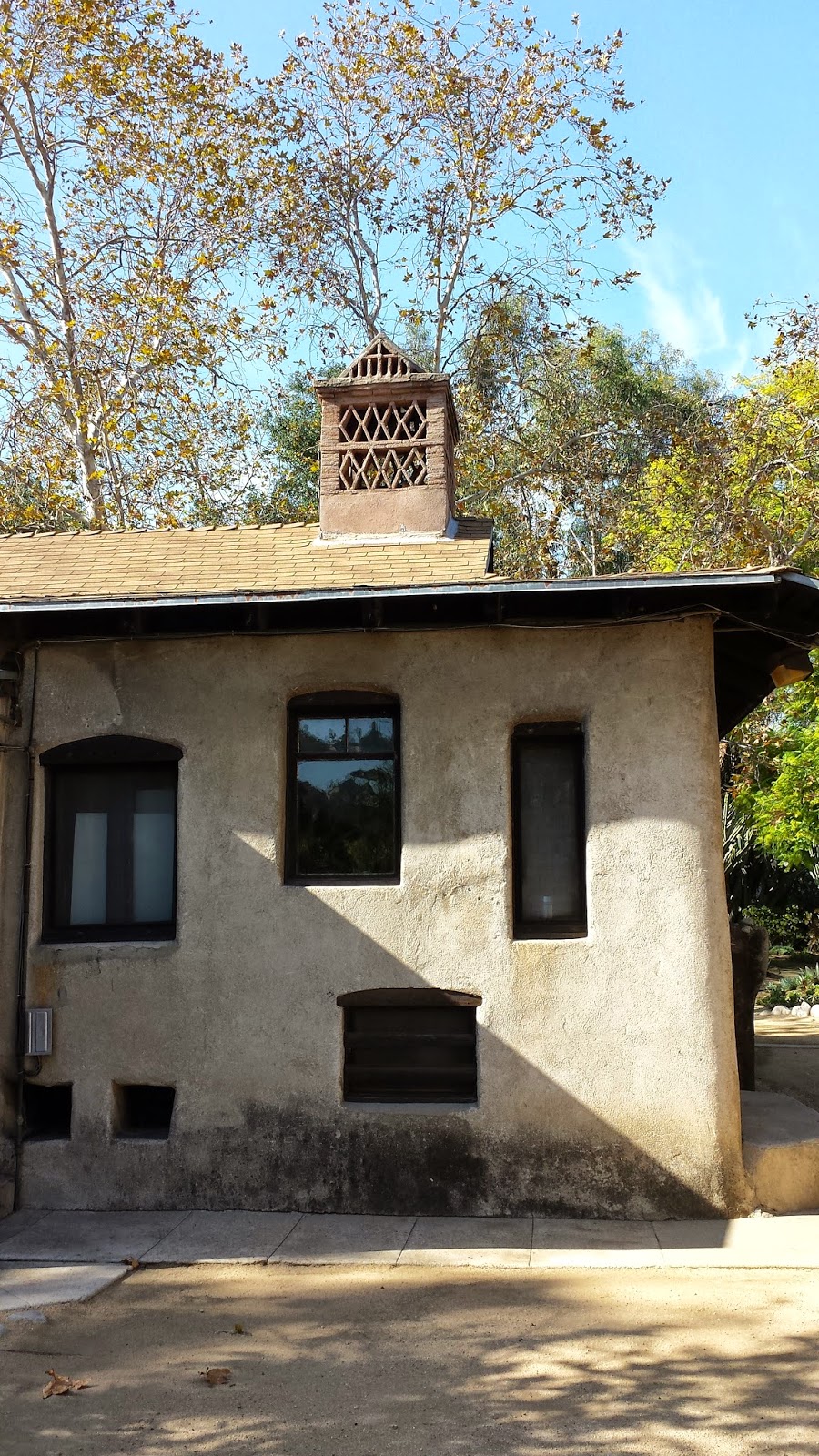 Odd little chimney in one of the out buildings (built for his daughter, and servants) 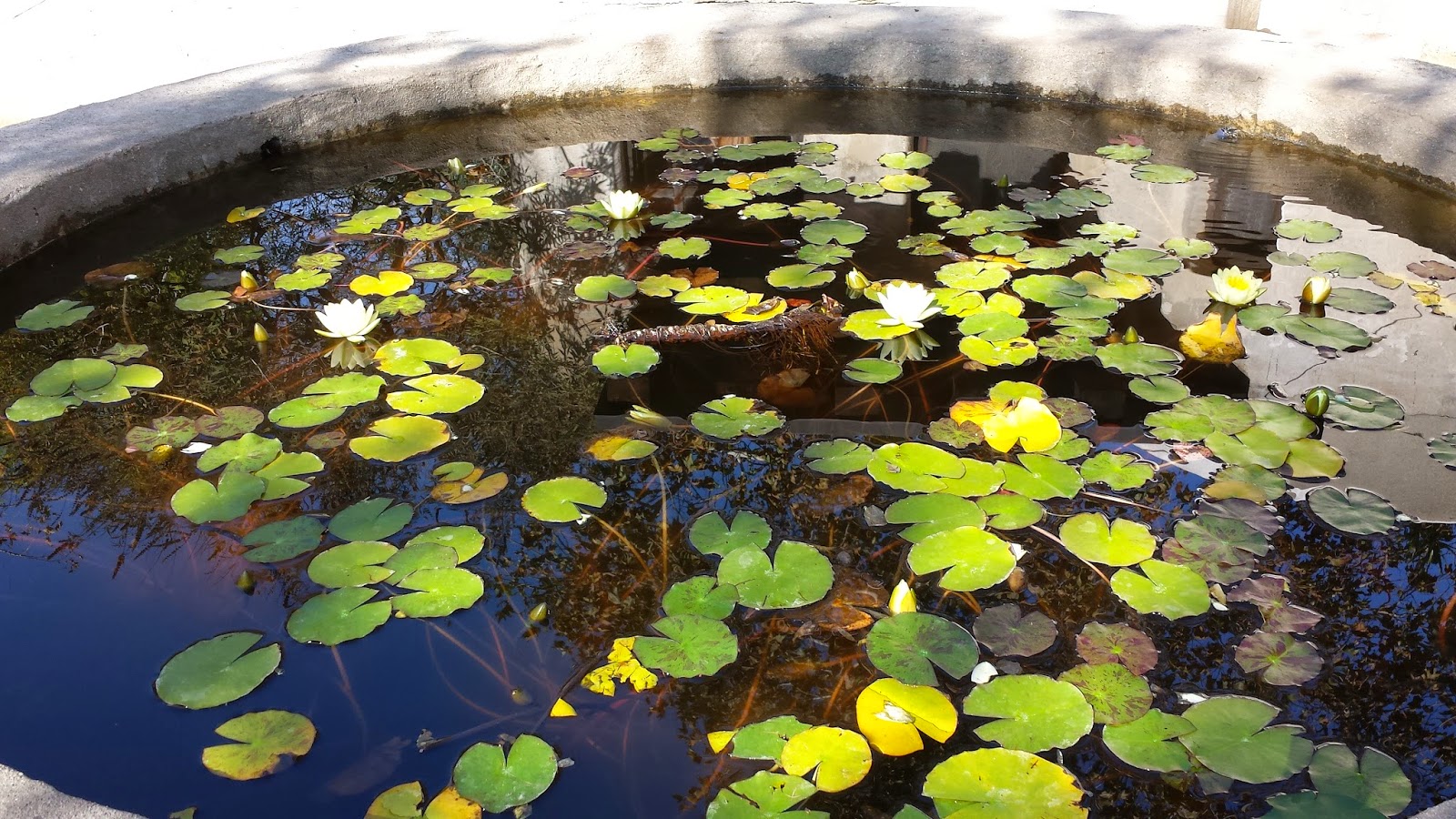 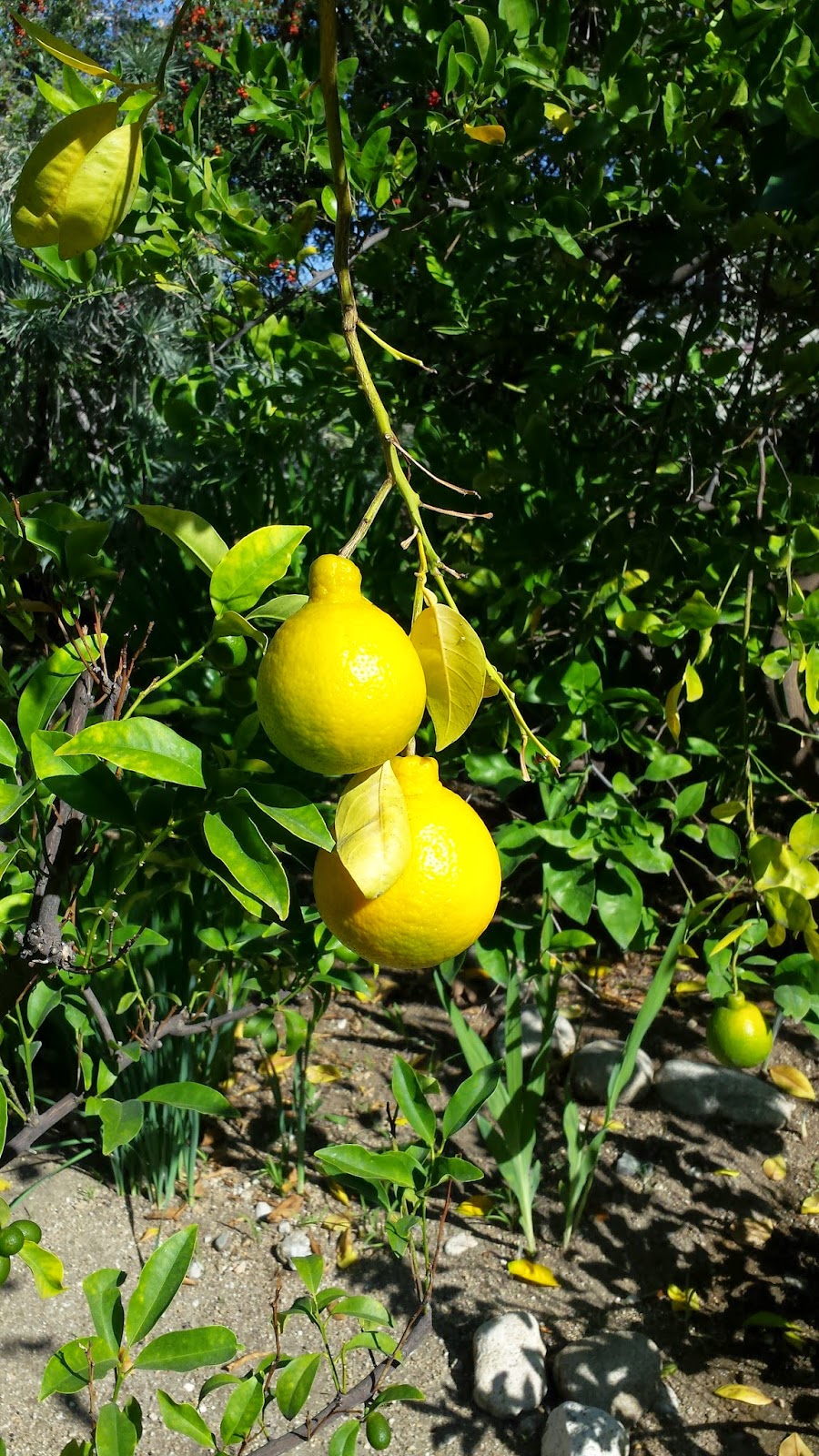 There are lemons, oranges, kumquats and many other fruit trees in the garden 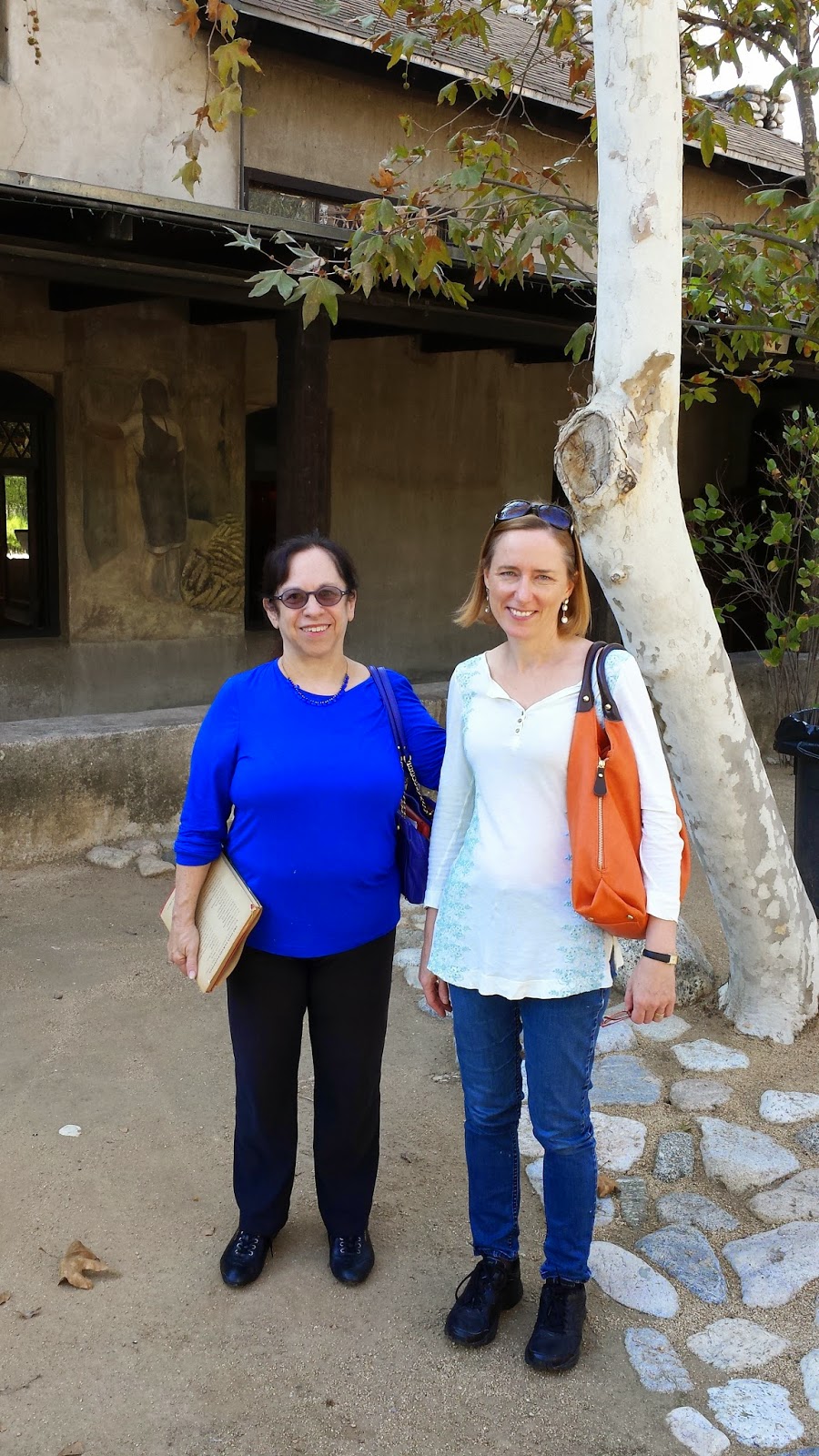 Me and Mary in the courtyard 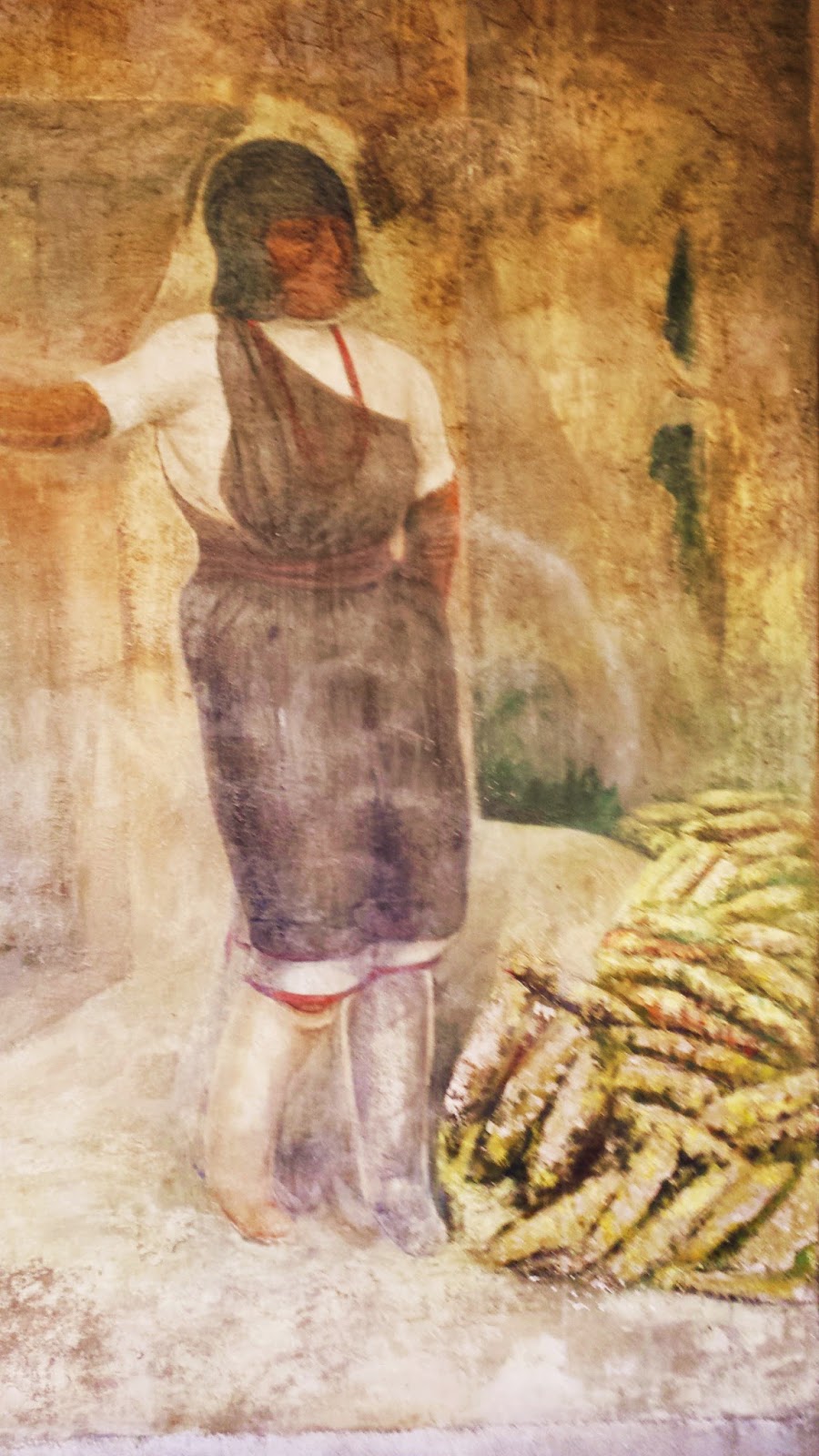 A better view of the mural behind us 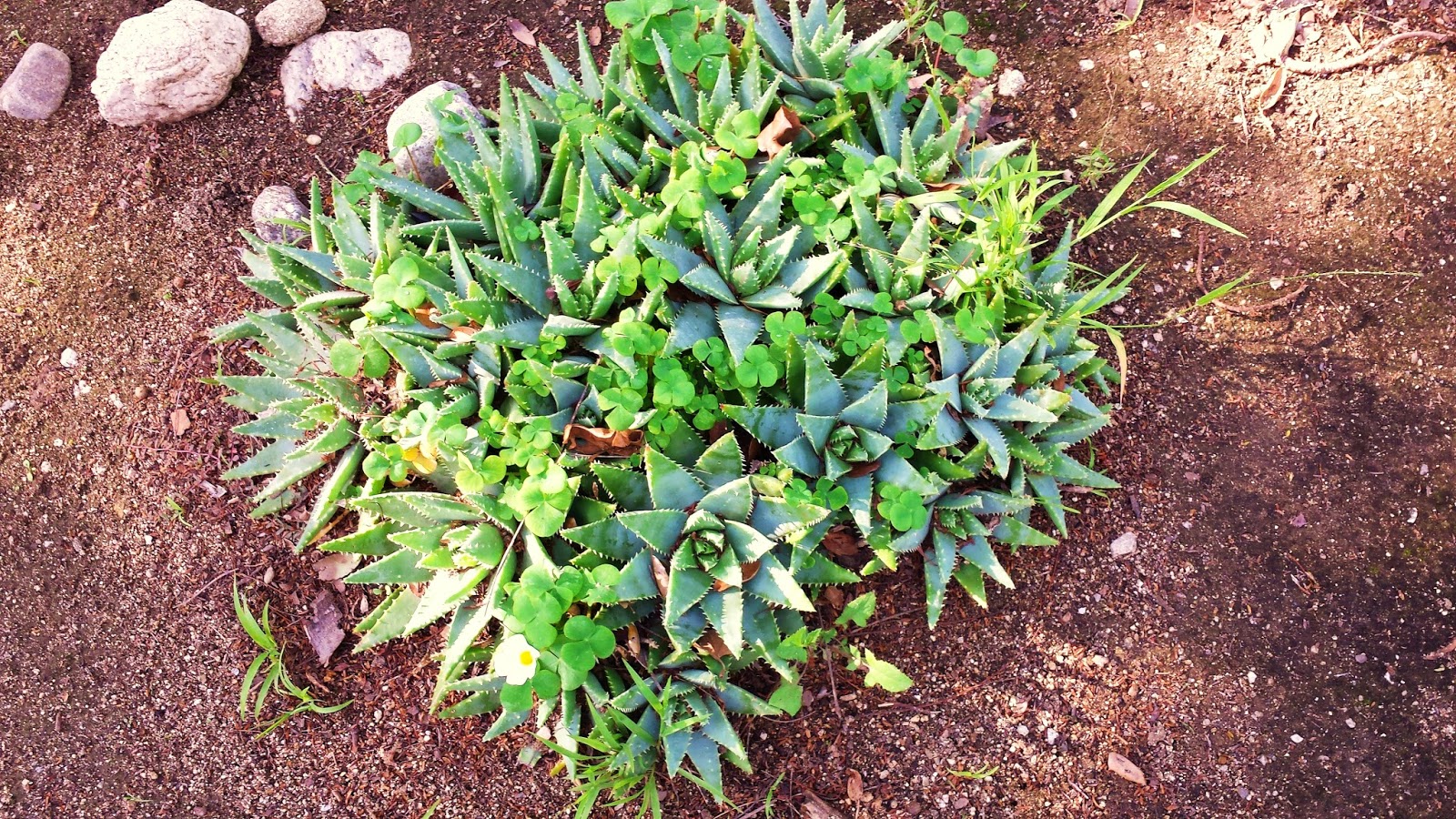 Plants in the garden 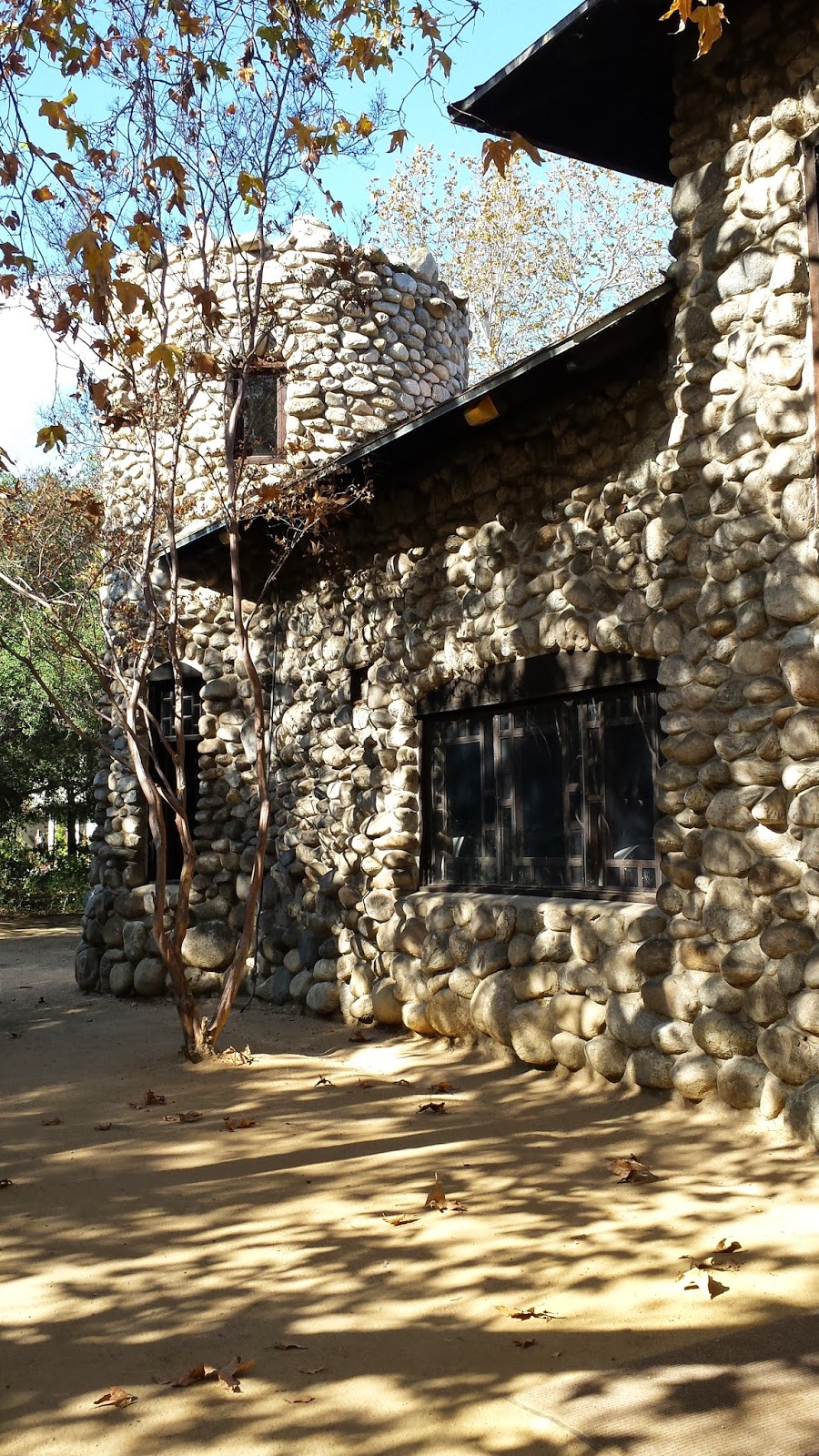 Goodbye to El Alisal, and our lovely, memorable, historical day in the dappled sunshine!
Posted by Diana Birchall at 2:01 AM 2 comments: