Letters and Pictures From England

Yes, I have been transported to England - can't you hear the exalting Handel wafting about my head in the golden sunshine? Quite heavenly. Just had a beautiful English breakfast at the Goodenough Club, and am off to Cambridge. Don't have enough time to upload all my pictures and disport them properly with captions on my blog at the moment, so what I'm doing is simply uploading a few pictures in no particular order - Mecklemberg Square, London House, Russell Square, the pifflefest, a helicopter making an emergency landing in Kings Cross, food... And I'll also put in the two letters that I've written home, so far. I'll tidy up and add more pictures as I go along! 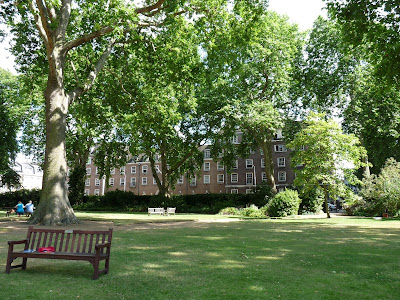 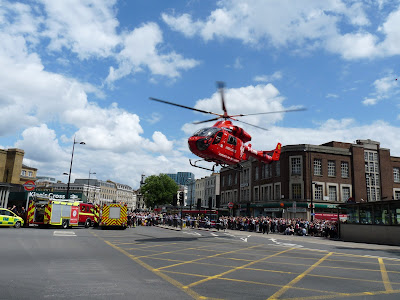 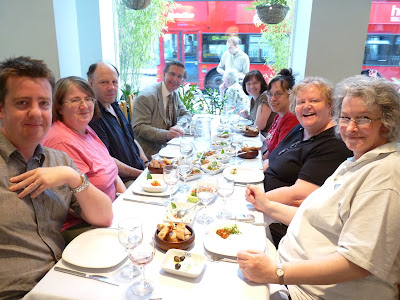 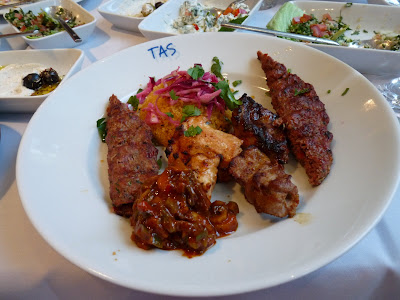 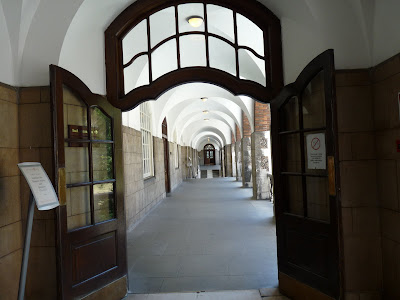 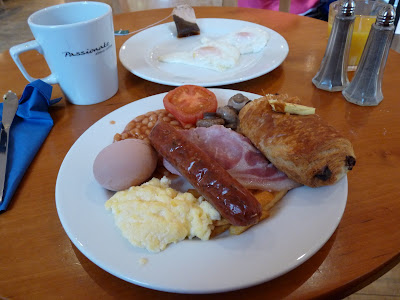 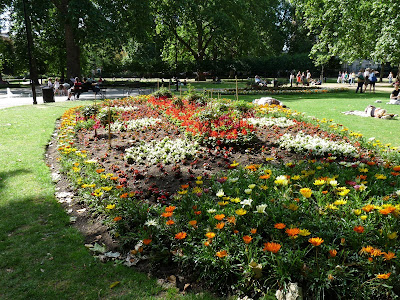 Very smooth flight, nary a bump, but LONG, ten hours, and the smallest seats on an airplane that I had ever imagined could exist. Had window seat, so was stuck like a harpooned sardine, sat next to a pleasant English girl and her father. Knees, back ached from the seat. Mediocre food, gastro disaster lasagne. Fifty movies, not one of which was possible to contemplate watching, so I deedily read Virginia Woolf's letters the whole way. Might have napped an hour or two. Then dawn came, heavy cloud cover but it broke enough to show me a glimpse of the coast of Ireland and Anglesey and I swear, I was as moved and excited as the first time I sighted this cloudy little land, forty years ago.

Getting into London was a bit tricky, but I was in no hurry, and felt quite lively enough to deal with everything. Fortunately it is not hot - warm but a lovely breeze - or it would have been a different matter. Well, I planned to take the tube directly to Russell Square but they told me it was closed today. So I had to take the Heathrow Express, which is 15 minutes to Paddington, and then change - cost, L16. Man said if I went round the corner I could get a cheaper ticket, so I did, but nothing was there. Went back to first man, he sold me the cheap ticket for L7 (why didn't he before?), saying it was a train that only went every half hour and took 25 minutes. Fine. But when I got to the platform, the Heathrow Express was all there was, so I got on it, and was in Paddington 15 minutes later. Changed (suitcase up 2 flights of stairs) to the Hammersmith line - but the train did not stop at King's Cross because of "An Incident." Fortunately all the trains run every couple of minutes, so it was no trouble (barring having to take the suitcase up another flight of stairs) to go back in the other direction, and this time the train stopped at St. Pancras (which is the same as King's Cross). I got out to walk to the hotel, and found the way blocked because there really WAS An Incident; a man had been run over by a train, and a red medical helicopter was right there in the middle of the road in King's Cross. Huge crowds taking pictures and I took some too. Then I walked to the Goodenough Club.

Now, the Goodenough Club is NOT London House, exactly - we eat breakfast at London House, and I'm going over there (it's just across the street, in the square) to see it as soon as I finish this letter. The Club is in Mecklenberg Street. It's very nice though. I have an enormous first floor room in this pretty Georgian house with a huge bed and nice amenities. It'll be fine, but I wouldn't go back, because I thought it was in the square, overlooking the park. However, I will go check that out now (well, after a shower), go get something to eat and have a walk till my piffle friends arrive.

I can't tell yet how London is looking, really, I've only been from St. Pancras to here! But I'm very excited to have navigated through all difficulties and be here. Got L100 from a cash machine, too. So all's well. Tomorrow I'll go to Cambridge.

My room at the Goodenough is really lovely - first floor, large, high ceilings, enormous bed. So after a shower and tidying up, I sauntered out to see Goodenough College and London House. It looks much like an Oxford college, quadrangles and all, no wonder Peter liked being there. I had the private key into Mecklenburg Square as well, and took pictures for Peter. I also walked around Coram's Fields, which look much the same but are open to the public. Then, I decided to walk as far as Russell Square and the British Museum, for old times' sake. Everything looked much the same as ever, on a mildly breezy July Sunday. Russell Square has some lovely Georgian plantings; the B.M. looks the same on the outside, thousands of tourists, but I still can't get used to the new interior. My feeling is that this part of the world is physically the same, but the people are different. Hardly any English ones, tourists and visitors from all over - lots of Indians in particular.

I sat down for a cappuccino at the Forum cafe opposite the B.M. and then walked quickly back to my room. Gillian, the College Cat, arrived and we had a nice chat, and then Ian, whom I had not met in person before. He's lovely, and we had a warm and wonderful mini-pifflefest together, walking through the pretty Bloomsbury streets. We reached the restaurant, Tas, which is very attractive and they had a lovely table for nine by the window laid out for us. We ordered a Turkish feast - humus and falafel and tabouli and eggplant and skewers and rice and baklava. There was something so exciting, and so warm and friendly, about being welcomed by 8 friends almost right off the plane - and by now we've known each other on piffle for many years. We noted that we came from four different countries, England, the U.S., Canada, and Australia. There was Just Jane, from Toronto, mystery writer and world traveler, whom I've met several times; Ducks and Fuzzy, a married couple of tech superstars from Australia whom I've actually never met in person before; Miss Smoot, Farley's Footwear, and then Gillian, her husband Greg, and daughter Allison, who has finished her degree at Christ Church and is a rower. We ate and pifflechatted and had a wonderful time but I can't describe it as I still haven't slept since leaving home - let's see, thirty hours! OK that's it, going to bed now.

Love, Denny-moo
Posted by Diana Birchall at 1:31 AM

Interesting breakfast that you have there, Diana! How many eggs and in how many ways?? Looks like you ate in Freddie's Bar and not in the Dining Hall. That's a pity. See you next week, Barbara

The plane ride is tough. One might look at it as a metaphysically set up ordeal before entering the gates to what one longs for.

So how good of the plane companies to provide this. No one's done it since Dante's God invented heaven ...