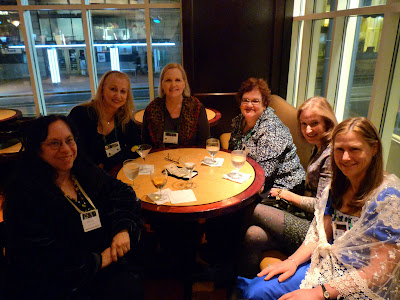 Anthology Authors Late at Night
Late night meeting of authors who all have stories in Random House's forthcoming anthology of Jane-related fiction.  Left to right:  me, Laurie Viera Rigler, editor Laurel Ann Nattress, Maggie Sullivan, Stephanie Barron, Syrie James.  But that's starting the story of this event-packed day at the end.  The day properly began with a visit to Voodoo Doughnuts. 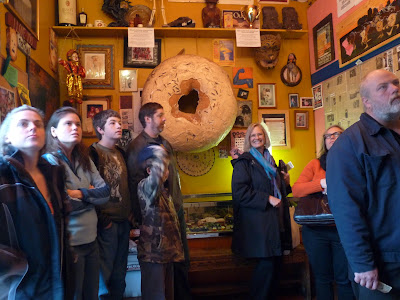 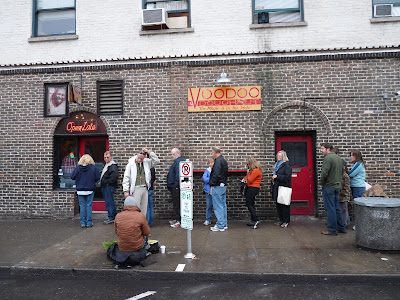 A line for doughnuts 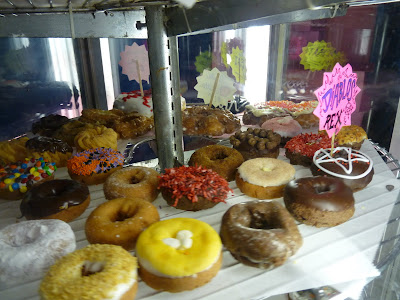 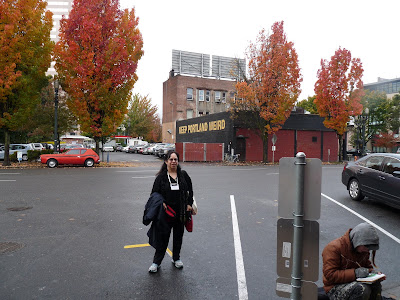 "Keep Portland Weird"?  I can do that...
Then on to the conference.  It began with a delightful panel organized by Maggie Sullivan, "Team Tilney Explains it All."  Below, a very well-spoken, polished, confident Mr. Tilney taking his bow. 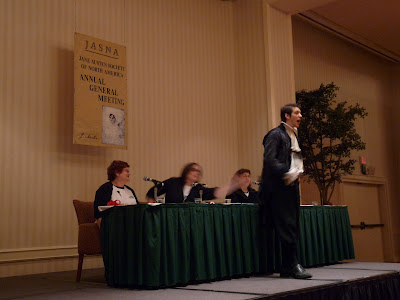 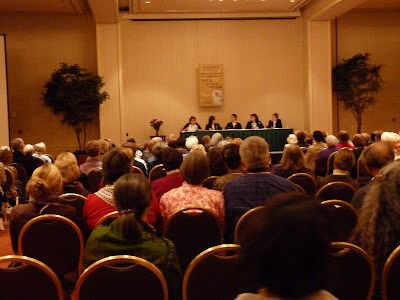 A large crowd of Janeites
After Team Tilney, Stephanie Barron, the popular mystery writer, was plenary speaker, addressing an enthusiastic crowd of over 600.﻿  Breakout sessions followed. 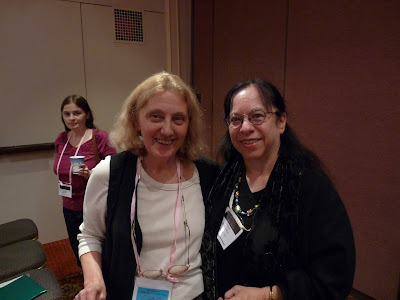 With Ellen Moody
I introduced my long-time friend Ellen Moody at her talk, "People that Marry can never Part:  Real and Romantic Gothicism in Northanger Abbey."  (That's her daughter Isobel in the background.)  After that I attended Miriam Rheingold Fuller's talk on the Domestic Gothic.  During the lunch hour we did a lot:  went to the Portland Library to see an exhibit of early 18th century books and Gilray prints, with a stop at a very up-market Goodwill! (Took some cute pictures there, but they don't seem to upload...so try again later.)  Lunch was outstanding, at a Lebanese restaurant, Habiba. 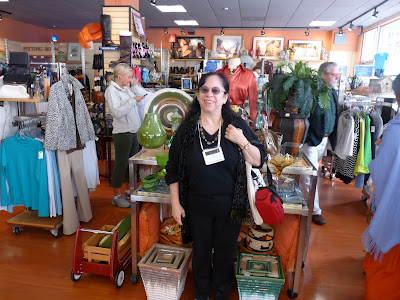 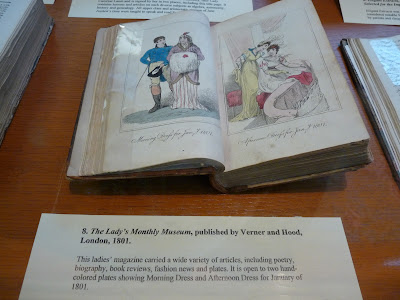 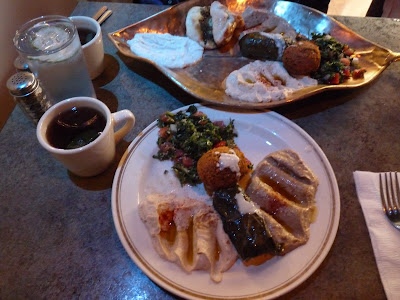 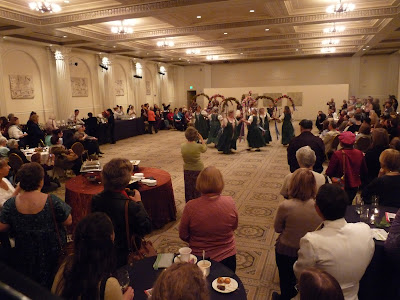 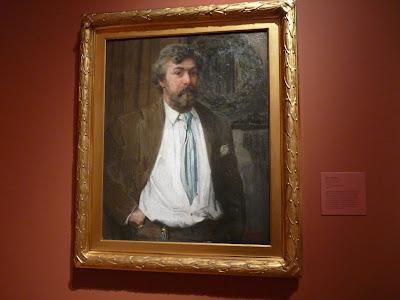 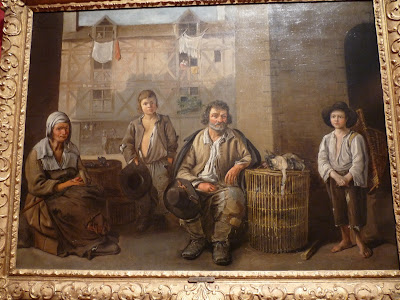 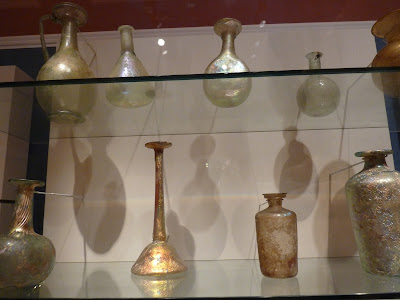 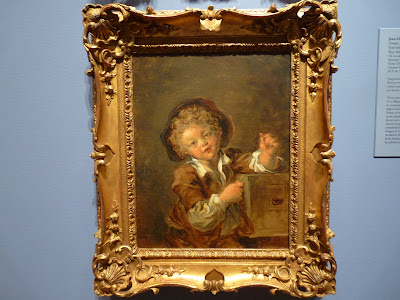 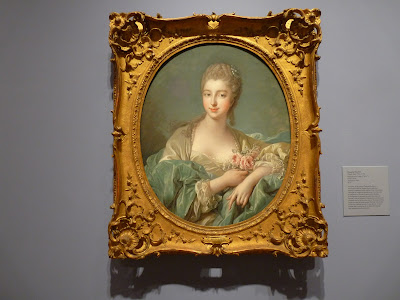 A late, ideal Boucher
Last but not least was the late evening get together of ﻿my fellow Austen anthology authors, at which the literary gossip was so delicious and high powered, my lips must be sealed.  (Well, they are anyway, because I'm now sleeping, exhausted after such a busy day!)
Posted by Diana Birchall at 12:18 AM

great photos, but the lunch at Habiba is the one that has me drooling, LOL.

I applaud you Diana for your lovely reports from the trenches of JASNA Portland blogged each day! Brava!

It was such a pleasure to finally meet in person and sit together at the Ball. I loved your Venetian mask. You are a delight to have as one of my authors in my Austen anthology. The author get-together was such fun. So much creative energy around one table!

My head is still swimming with images and memories of an incredible conference. Thanks again for your friendship.

I wish I'd been here with you - so envious! You look as if you had a lovely time!