Half Mast for Herbert

Our long time (25 years plus) family friend Herbert Enderton passed away on October 20, and today his wife Cathy and I went to the UCLA campus where the flag was to fly at half mast in Herbert's honor.  Herbert was a mathematics professor and editor of The Journal of Symbolic Logic for many years, and his devotion to his work at UCLA made this a particularly fitting tribute for him.  However, going to half-mastings has never featured before as an experience in my life, so I didn't know quite what to expect. 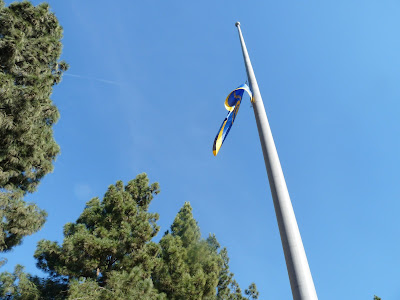 The weather was perfect - it's been chilly, but warmed up to a sunshiny 75 on campus today, so that the flag, although posted amidst a jumble of campus construction, nevertheless appeared to its best advantage. 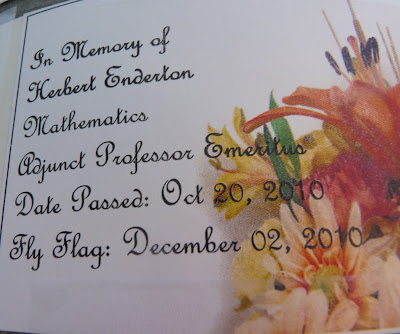 On the pole itself, they posted this lovely tribute, also to two other faculty members who had passed away at about the same time. 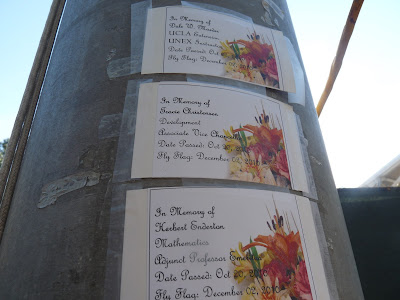 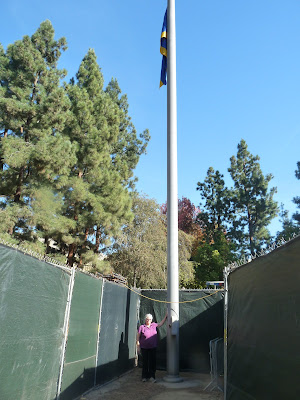 Cathy, standing by the tribute to her husband 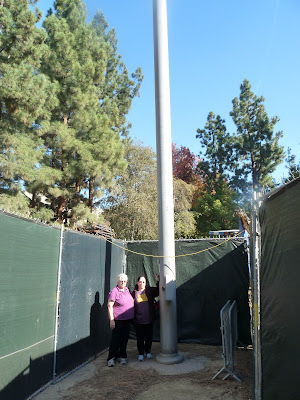 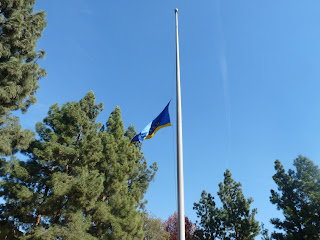 A breeze attempts to open up the UCLA flag. 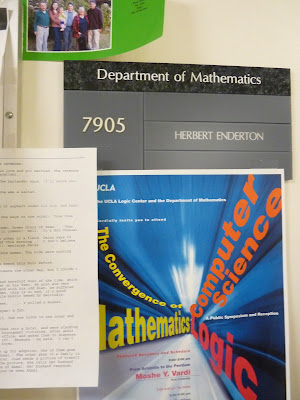 Then we visited Herbert's office - lots of books and papers to deal with. 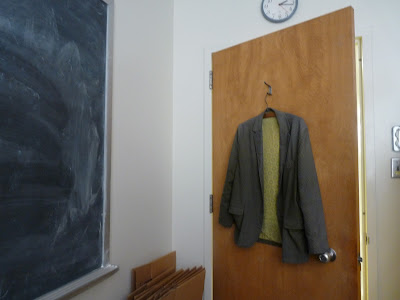 His jacket, hung where he left it.
Afterwards, we went out to a cheery lunch with Paul (lentil soup and cappuccino at Amelia's, and some much needed retail therapy at the Salvation Army.
Now I will share some pictures of Herbert, from over the years in our long family friendship. 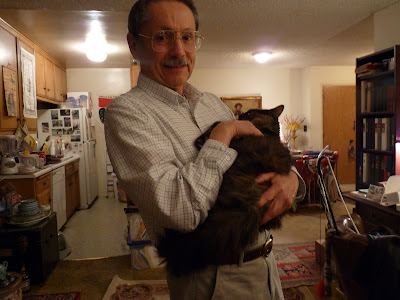 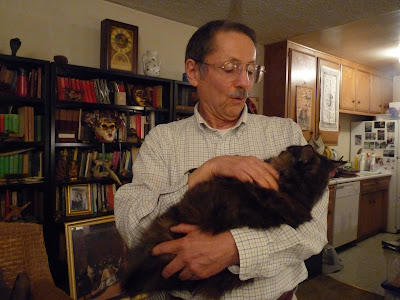 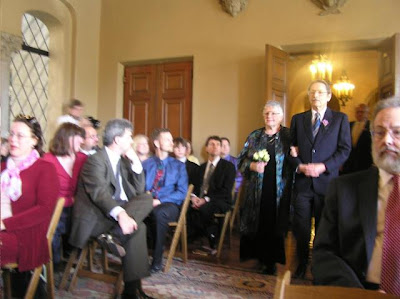 Cathy and Herbert at their son Eric's wedding 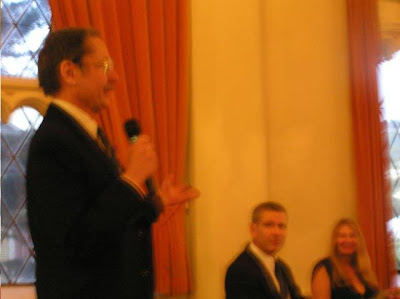 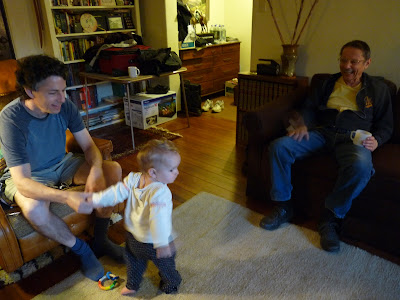 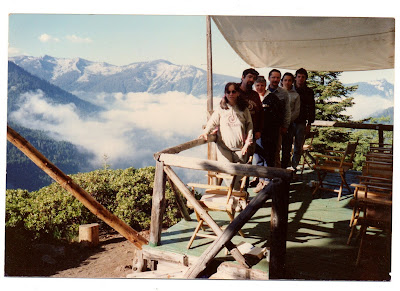 Both families - me, Peter, Cathy, Herbert, Eric, Bert, in the 1980s on Bearpaw porch 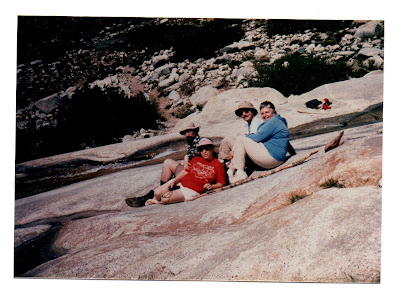 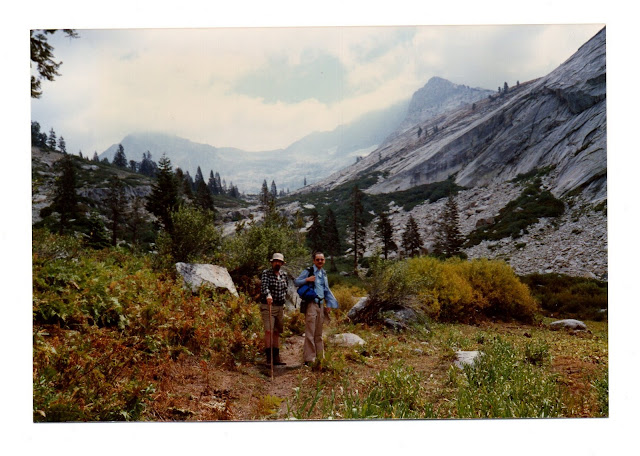 Peter and Herbert near Tamarack Lake 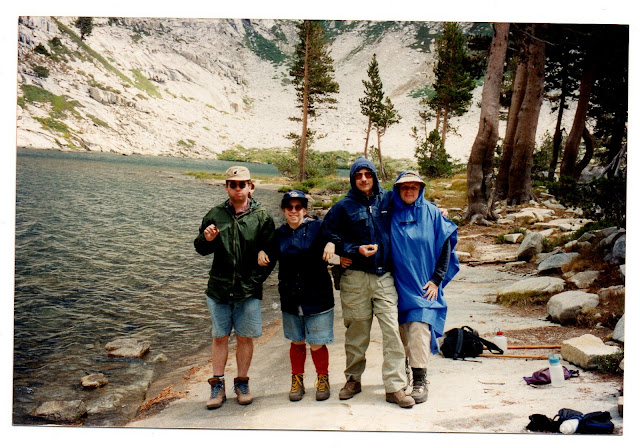 Paul, me, Herbert and Cathy at Tamarack Lake 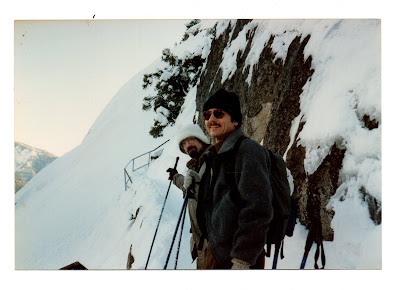 Peter and Herbert on the Lakes Trail at Sequoia in winter 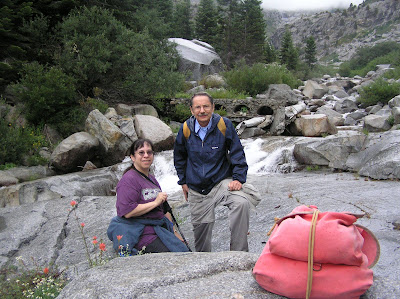 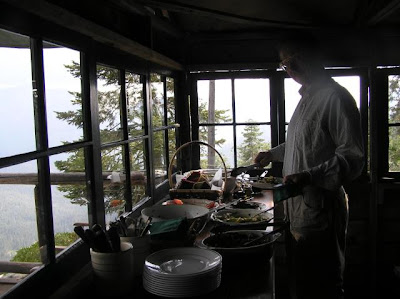 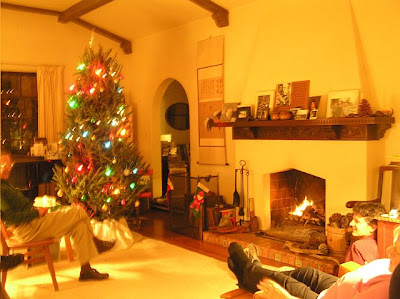 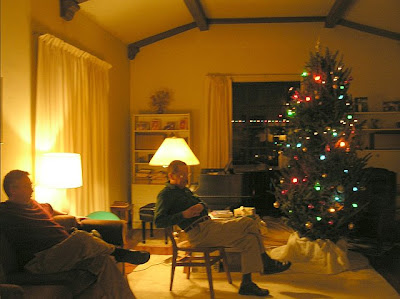 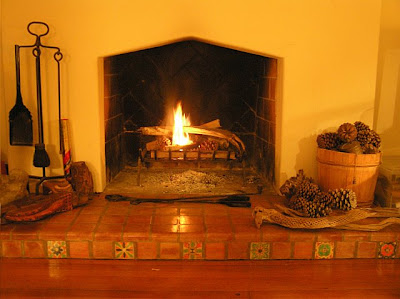 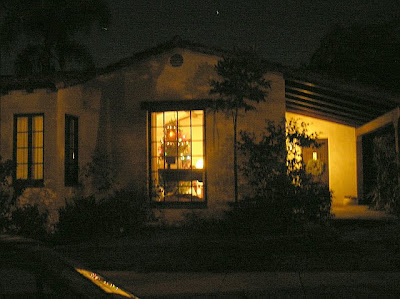 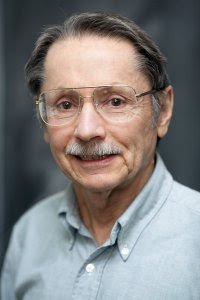 It has been the must bitter of all shocks to realize that Herbert B Enderton is no longer among us. And how late I have realized, and how early a goodbye it was.
It can never be put into words how much I owe Professor Enderton, even though I'd never even met him in person, and how sad, I never will.
But he will remain, living as ever, in our hearts and minds, any time we are absorbed in his impressing masterpieces, or just remeber how great our debts are to him.
For evermore.

Hooman, thank you for your comment on this blog of a close friend of the Endertons telling that you, too, feel the loss of my brother Herbert Enderton. My sister-in-law Cathy shared your note with all of his siblings.

It is very comforting for those of us still missing this very good and kind man to be reminded that his skill in teaching others will continue to let him serve as a mentor to others through his books, not just in the U.S. but around the world wherever his works are available. I'm glad this friend's blog gave you a glimpse of my brother, his family, and friends he loved.

Be sure that he also cared about his students -- both the ones he taught directly, and those he reached through his books.

With warmest wishes from

Alice, one of Herbert's sisters