Sadly, my pictures of the costume ball aren't the best; the low lighting made many blurry, but it's no matter, you'll see many from better photographers.  Here's a selection of mine, though. 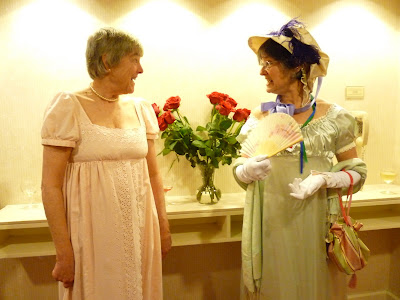 This one of Carol Medine Moss and Elaine Bander is rather charming. 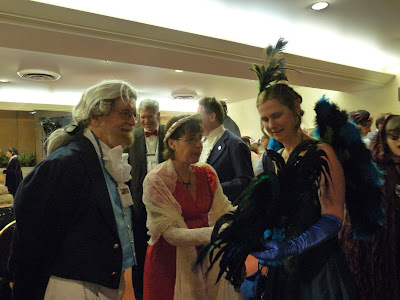 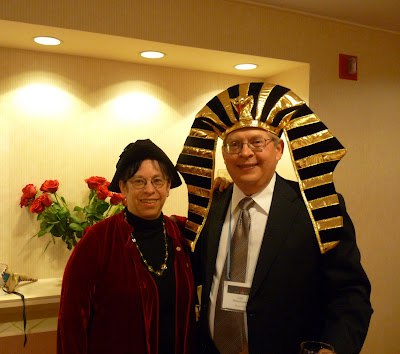 Maskless me, and Lee Ridgeway 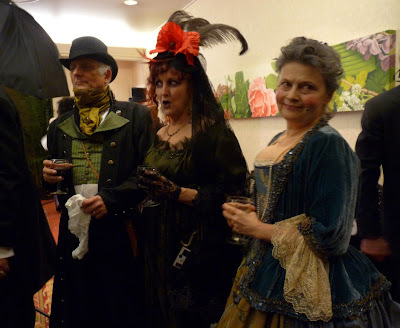 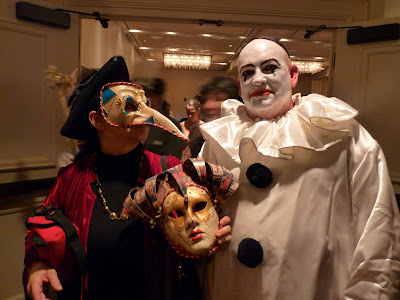 A gentleman who asked to be photographed with me... 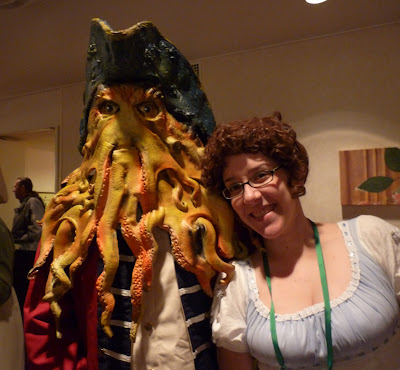 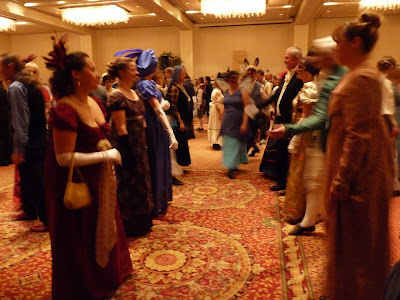 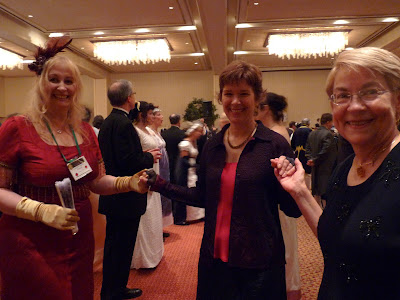 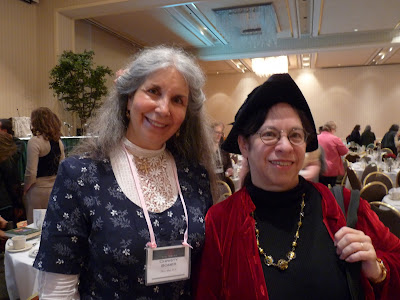 With Christy Somers of the Janeites list
Sunday morning, the conference closed with the traditional brunch, and a panel entitled "Dispute without Mayhem," in which Joan Ray, Philip Williams, and I, refereed by Kimberly Brangwen, attempted to conjure up witty arguments about Northanger Abbey.  I was a bit nervous, not being one who can think on my feet (I used to need a pen, now need a computer), but it seemed to Do. 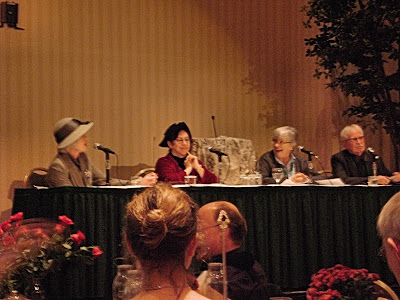 The panel:  Kimberly Brangwin, me, Joan Ray, Bill Phillips
Afterwards, my friends Kay and Lindley (from the Piffle list), picked me up at the hotel and took me to Kay's Beaverton home.  We had lunch at a family restaurant called Elmer's, where I had wild salmon and chips, with really excellent fresh salmon.  I enjoyed meeting Kay's six delightful cats, and we went for a walk to the beaver dam behind her house.  I am afraid I was really too tired (can't imagine why!) to be very good company, but it was lovely seeing these good friends...and then I flew home to such a rapturous welcome from Peter, Paul, and the three cats, that I don't know why I ever go away.  Here are a few pictures from the Beaverton visit, to round off my journal. 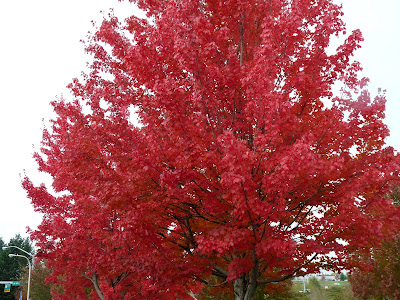 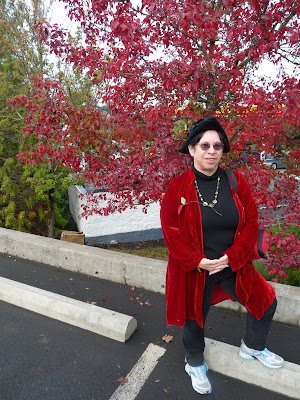 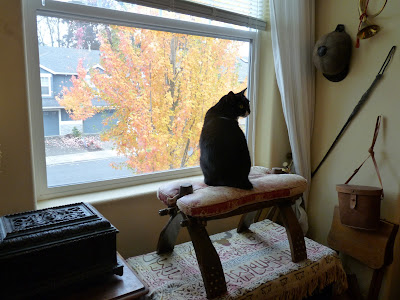 One of Kay's cats sitting on a camel saddle 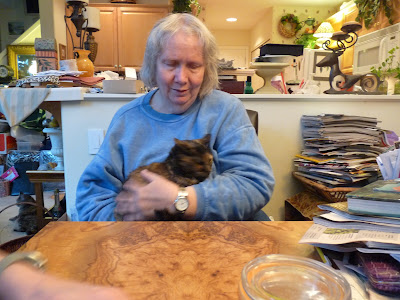 Kay and her shy tortoiseshell cat 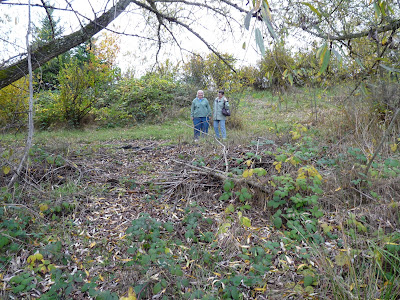 Kay and Lindley near the beaver dam
And that's Portland, folks!

Posted by Diana Birchall at 4:22 AM

I wrote up a single blog of my own where I filched one of your photos:

These blogs are very good -- Jim read them while I was away: he kept up that way.